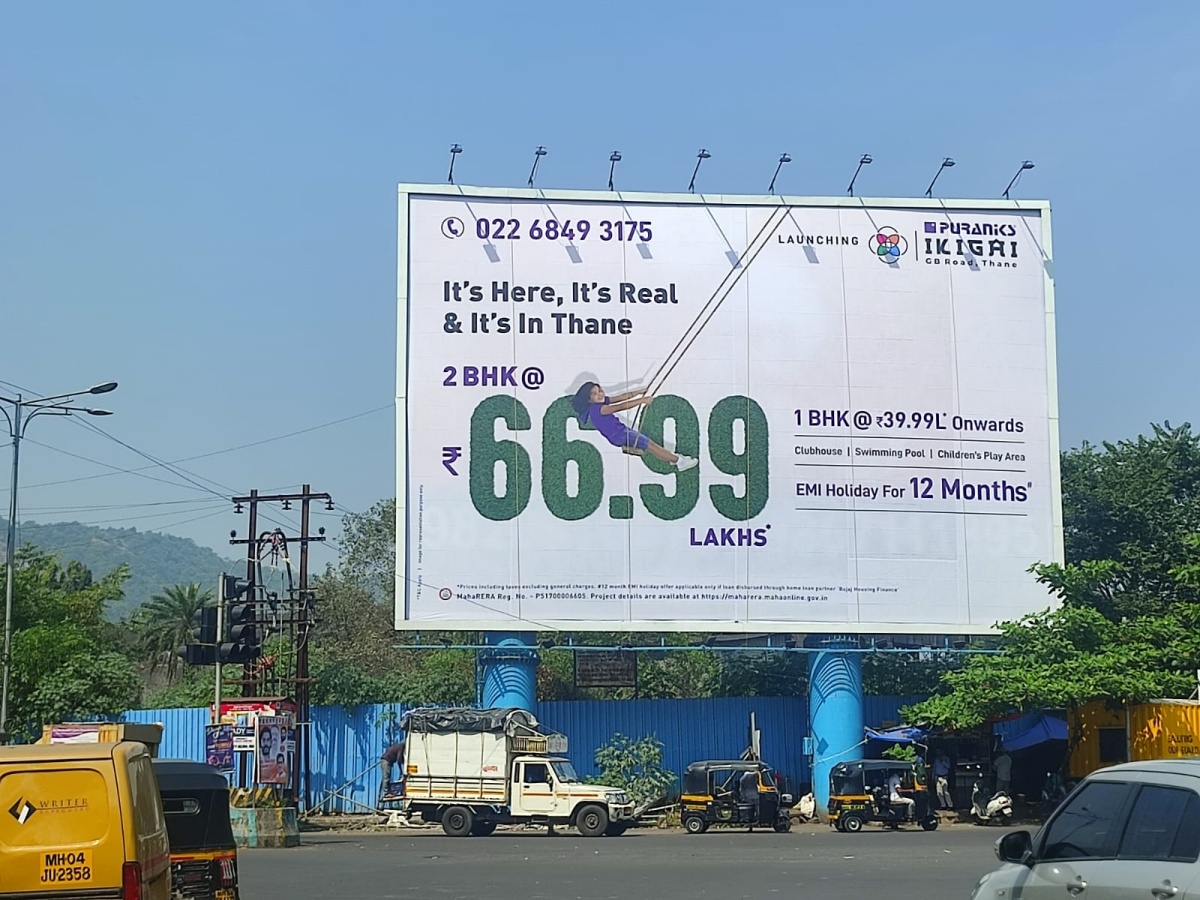 Swachh Bharat Abhiyan aims to achieve an open defecation free city, however, the stench of reality on the ground is dense.

Under the Central Government scheme of Swachh Bharat Abhiyaan a plan was proposed to build public toilets in Thane city as per requirement. However, the Thane Municipal Corporation three years ago planned to build 30 public toilets across the city. Under the Public private partnership contractor was appointed to build the toilets across the city. But till date there is not a single public toilet in the place. "Public-private partnerships involve collaboration between a government agency and a private-sector company that can be used to finance, build, and operate projects. After the public toilets are built, the contractor would install advertising hoarding to earn the revenue. However, without making the public toilets the contractor's had already placed hoarding and are earning money," said Swapnil Mahindrakar, a Thane resident who is also the city president of public welfare and law department of Maharashtra Navnirman Sena has taken up the issue.

Mahindrakar, who has been following up the issue for the last three years, had given a letter to the Thane Municipal corporation officials a year ago. "In December 2021, the assistant municipal commissioner of TMC sent a notice to the contractor asking him to pay Rs 19 lakhs. It was the revenue for the last two years from the hoarding, which was not paid to TMC," he added, saying if the authorities don't take any action against the contractor, Mahindrakar is about to file a PIL in the high court.

As there are lack of toilets in the city it is leading to problems and inconvenience for women. There should be public toilets at markets and busy crowded places. "As per the Swach Bharat Abhiyan mission around 30 toilets were to be built in 6 months. The AC toilets were to be built on a lease for 15 years. As per the plan the public toilets were to come at Balkum, Vasant Vihar, Manpada, Cinewonder, Kopri, Teen Hath Naka, Vartak Nagar, Shivai Nagar, Gandhi Nagar, Wagle estate and Ghodbunder road among others. "Presently hoardings with advertisements are erected at Majiwada bus stop, Chirag Nagar entrance, Hiranandani meadows, near Singhania school, Kopri Dattaji Salvi garden, Anand Nagar Jakat Naka, Kopri. But as per plan there is no public toilet, which was the main plan under the scheme," he added saying the contractor had misled the authorities as per the plan and he was given notice for the same.

Mahindrakar further raising up the issue said, "The TMC authorities had carried out a survey and couldn't find a single public toilet. But the contractors had placed advertising hoarding and are earning money through illegal channels. Are the authorities sleeping or are hand in gloves with the contractor's. Why are they delaying in taking action. Do citizens have to raise the issue and then only the authorities will take action," added Mahindrakar.

When contacted Alka Khaire, assistant municipal commissioner, advertising department of TMC she confirmed about the notice issue to the contractor and denied speaking much about the same claiming to be unwell.

Khaire further shared the number of Akshay Karande the clerk with the department to get the details. But Karande said he will share the details on Monday as he was quarantined.