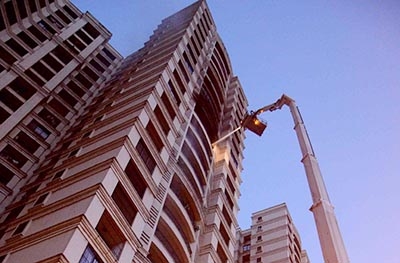 The Thane District Consumer Disputes Redressal Commission has ordered a real estate developer to pay Rs 40,000 compensation to a flat buyer for indulging in deficiency in service by way of not handing over the property within the stipulated time.

The order was issued by the commission's president Milind Sonawane on September 17, the copy of which was made available on Saturday.

Besides the compensation, the commission also asked Sai Raj Builders and Developers and its partners to pay the refund of Rs 1,63,332 to the complainant along with 10 per cent interest from the date of the payment of this amount in January 9, 2016.

Complainant Chhaya Raju Anand's counsel advocate Ashwini Sarjine told the commission that in 2014, the complainant had booked a 450-sq ft flat in the project being developed by Sai Raj Builders at Navali Naka in Ambarnath for a consideration of Rs 3 lakh. Till January 2016, she paid Rs 1, 63,332 and the developer was to give possession of the flat in the next eight months, which he has not done so far.

The complainant sought that the developers be directed either to give the possession of the flat or to refund the amount with interest.

The commission said in its order that although the complainant has paid substantial amount, there was no sign that the developer would give the possession of the flat to her.

"The opponents have committed deficiency in service...As they have not completed the project and there is no evidence when it would be completed, it would be appropriate to direct them to refund jointly and severally the amount of Rs 1,63,332 to the complainant along with 10 per cent interest from the date of the payment," it said.

It asked them to pay Rs 25,000 to the complainant for causing mental and physical harassment and Rs 15,000 towards the cost of the legal proceedings.