To keep things organised we have maintained a diary of all the events that took place from the day the actor committed suicide.

Bollywood actor Sushant Singh Rajput’s death has led to a series of developments it difficult to keep a track of the investigation and check for follow ups on the same. To keep things organised we have maintained a diary of all the events that took place from the day the actor committed suicide.

June 14: Sushant Singh Rajput committed suicide at his residence in Mumbai. He was 34. He was found hanging in his apartment in Bandra on Sunday morning, and a domestic help alerted the police.

"He has committed suicide. Mumbai Police is investigating. The police has not found any (suicide) note yet," Mumbai Police Spokesperson and Deputy Commissioner of Police Pranay Ashok said.

Sushant's father and his two sisters arrived from the actor's hometown Patna, while a few of his colleagues and friends from Bollywood and the television industry were also present, besides fans also flocked the venue to catch a last glimpse of the star. 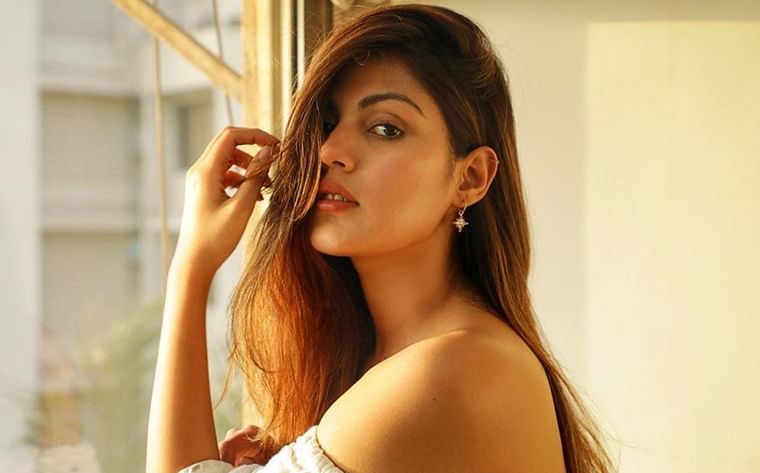 June 17: A lawyer on Wednesday moved a criminal complaint against 8 persons, including Bollywood superstar Salman Khan and producer-director Karan Johar, in a local court regarding the death of Sushant. In his complaint filed in the court of Chief Judicial Magistrate, advocate Sudhir Kumar Ojha alleged that these eight persons forced Sushant to commit suicide under a conspiracy which, he pleaded, amounted to murder.

The complainant claimed that these persons did not let Sushant's movies get released under a conspiracy and the late actor was not even invited to film functions because of these people.

June 18: Sushant's ashes were immersed in the holy river Ganga in his hometown Patna in Bihar, where his late mother's ashes had also been immersed.

Sushant's girlfriend and actress Rhea Chakraborty arrived at Bandra police station to record her statement in regards to the death of actor.

June 19: Mumbai Police sought details of contracts from Yash Raj Films for at least two movies he had signed with them. Home Minister Anil Deshmukh said that the police would probe all angles, including allegations of professional rivalries.

June 24: Mumbai Police received final postmortem report signed by a team of five doctors. "No struggle marks or external injuries" were found in the actor's body, suggests his postmortem report. The cause of death is mentioned as asphyxia due to hanging. His nails were also found clean. The report cites the actor's death as a "clear case of suicide with no other foul play."

July 18: Mumbai Police records statement of Aditya Chopra, who was reportedly interrogated for over four hours. According to reports,Sushant had signed a contract with Yash Raj Films (YRF) for three films. He starred in two YRF productions, "Shuddh Desi Romance" in 2013 and "Detective Byomkesh Bakshy" in 2015. He was scheduled to to work in a third TRF film, Shekhar Kapur's "Paani", but the project got shelved.

July 27: Mumbai Police records statement of filmmaker Mahesh Bhatt. He was spotted wearing a face shield, gloves and mask, as he made his way into the Santacruz police station to give his statement.

He even accused Rhea and her family members of stealing Sushant's laptop, cash, jewellery, credit cards with PIN numbers etc. and threatening the late actor of making his medical rerports public.

According to reports, Chakraborty's case will be handled by 'one of the most expensive lawyers in India' - Satish Maneshinde. Maneshinde reportedly singed the papers of Rhea's anticipatory bail and the lawyers will soon move to the sessions court.

July 29: Forensic analysis revealed that the cloth believed to have been used by the actor to hang, could take his weight. Analysis of ligature marks found on his neck also points to the actor’s death being a case of suicide, rather than homicide.

Vikas Singh, Ex-Addl Solicitor General and lawyer of Sushant Singh Rajput's father has claimed that the actor’s family had approached the Mumbai Police four months before he allegedly committed suicide.

Singh told Times Now, “on 25th February, the family had reported to Bandra police saying, 'he is not in good company and please ensure nothing untoward happens to him'.”

He further added that Patna Police too was hesitant in filing the FIR but did so when Chief Minister Nitish Kumar stepped in.

Singh also told ANI that the Mumbai Police was not registering an FIR in the matter and was instead forcing them to give the names of big production houses to get them involved in the case. He claimed that the matter was heading in a different direction under the Mumbai Police.