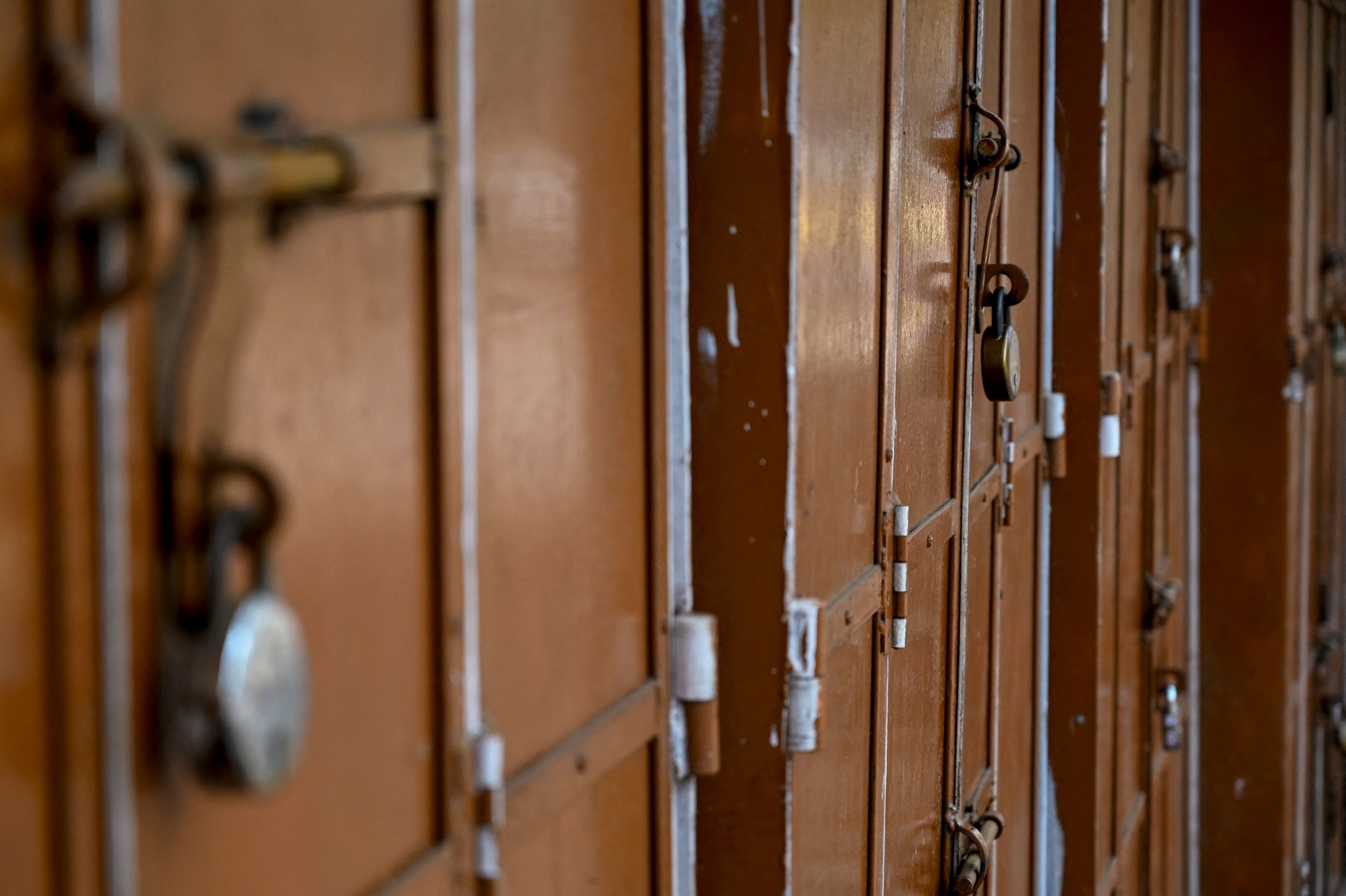 10 days on, 21 Ahmednagar villages still under curfew as COVID-19 cases show no sign of decrease | (Photo by AFP)

Even as the COVID-19 cases are decreasing in Maharashtra, the Ahmednagar district's COVID-19 tally is showing no signs of considerable decline.

However, the administration has created micro containment zones in eight villages and imposed lockdown till October 23 in 13 more villages. Therefore, restrictions will be maintained in a total of 21 villages in the district till October 23.

As per the order issued on October 13, all shops except essential ones like medical stores, clinics and diagnostics labs will remain closed till October 23, while the assembly of more than five people has also been prohibited in these villages, as well as curbs placed on entry and exit.

Ten days ago, the district reported 700-800 patients daily. Now the number has come down to 300 to 500. The positivity rate of the district is now 3 to 5 percent. Therefore, the administration has declared containment zones in villages that have more than twenty patients undergoing treatment.

What do experts say about the possibility of a third wave?

Top vaccinologist Gagandeep Kang, while speaking with PTI said that there will not be a third wave of COVID-19 of the size and consequence the country witnessed during the second wave unless there is a new variant of coronavirus.

"Unless there is a new variant there will not be a third wave of the size and consequences that we saw in the second wave. What we will see is local flare-ups where there are unprotected populations and where the virus has not been before," Kang said.

The second wave of coronavirus in the country between March and May killed thousands and infected lakhs, overwhelming the health infrastructure. "Are we done with COVID? No we are not. Are we going to be done with COVID? Not anytime in the near future," she added. Kang, a professor with Christian Medical College, Vellore, was speaking in a virtual event at the CII Lifesciences Conclave.

In August, Manindra Agrawal, a scientist with IIT-Kanpur who is in the three-member team of experts tasked to project the surge in cases, had said the country may see a third wave peaking between October-November if a more virulent mutant of coronavirus emerges by September.

Meanwhile, after an uptick in new cases in the last four days, Maharashtra on Friday reported slightly fewer coronavirus infections at 2,149.

As many as 29 COVID-19 patients died in the state during the day, while 1,898 patients were discharged from hospitals, said a health official.

As many as 1,898 patients were discharged from hospitals, pushing the count of recovered cases to 64,15,316.

There are 2,27,467 people in home quarantine and another 1,002 in institutional quarantine.

The cumulative number of coronavirus tests conducted in the state climbed to 6,08,09,054 after 2,62,482 samples were examined in the last 24 hours.

Among districts, Mumbai reported the highest 480 new infections and five deaths, taking the state capital's caseload to 7,50,974, and death toll to 16,177.

Of the eight administrative regions of Maharashtra, the Mumbai region reported the highest 862 new COVID-19 cases on Friday, followed by 550 from the Pune region.

Highest 10 fatalities were reported from the Nashik region, followed by seven fatalities from the Pune region. 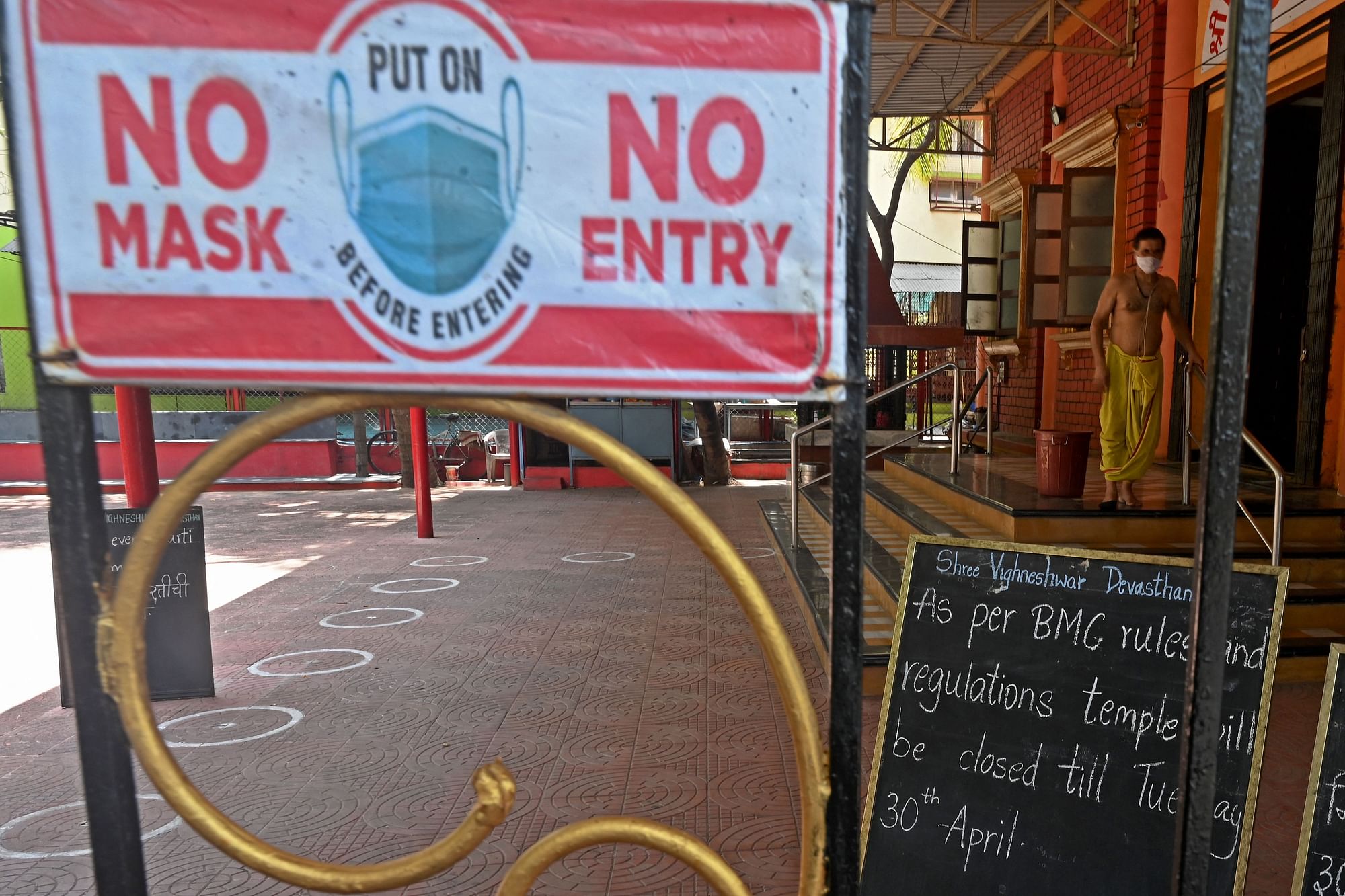 Mumbai: Covid infections on the rise