Shivaji became a national hero because of the welfare state created for the ryots: NCP MP Dr Amol Kolhe

Literature and art have a long-term impact on the society, through which we should spread impartial, logical history all over the world: Amol Kolhe
Sanjay Jog 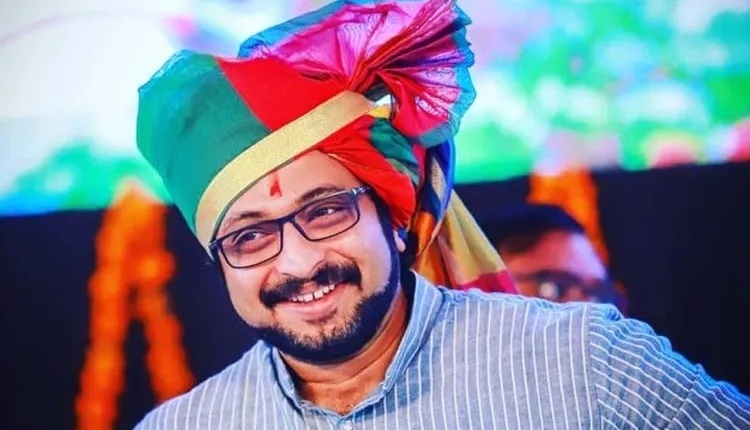 Mumbai: Chhatrapati Shivaji Maharaj became a national hero due to the welfare state he created for the ryots and the moral standing of Swarajya, said NCP MP Dr Amol Kolhe. He was reacting to the statement made by Union Defence Minister Rajnath Singh that Chhatrapati Shivaji Maharaj emerged as Rashtranayak due to the guidance that he received from Rajmata Jijau, Samarth Ramdas and Dadoji Konddeo.

‘’It is also possible that Union defence minister made the statement on the basis of false information,’’ said Dr Kolhe. He said that our glorious history needs to be told to the state, the country and the world in an impartial, rational manner.

‘’Dadoji Konddev was displeased with the formation of the early Swarajya, considering the historical documents. The intention was that Sahaji Maharaj should not be harassed during Adilshah’s rule. Some historical documents show that the first meeting between Chhatrapati Shivaji Maharaj and Samarth Ramdas Swami took place around 1671. However, by that time Swarajya was formed,’’ said Dr Kolhe. ‘’Literature and art have a long-term impact on the society, through which we should spread impartial, logical history all over the world,’’ he noted.

Two days ago, a Hindi director had said that the Mughal rulers were the nation builders. ‘’Therefore, the need to tell this history is being felt with more intensity. Only a protest or a movement can be momentary. I think this is an ideological battle and it should be fought ideologically,’’ said Dr Kolhe.

Meanwhile, in yet another attack, NCP Minister Nawab Malik claimed there was nothing big in the vaccination of 1 crore people on a single day especially when 25 lakh people in Maharashtra are waiting for the second dose.

“One crore vaccine doses should be available every day in the country, but 20-25 lakh people are waiting for the second dose in the state,’’ said Malik.

Malik made a fresh demand that the Centre should ramp up COVID 19 vaccine supply to Maharashtra.