Watch video: Shiv Sena will not ally with AIMIM...Our Hindutva is not like BJP, says Uddhav Thackeray

Thackeray at his virtual address to party MPs and district chiefs asked them to be prepared to counter the BJP on all fronts. He called them to destroy all attempts by BJP to malign Shiv Sena's saffron and project the party as pro-Muslim.

Watch video: Shiv Sena will not ally with AIMIM...Our Hindutva is not like BJP, says Uddhav Thackeray | Twitter/@ShivsenaComms

Shiv Sena president and Chief Minister Uddhav Thackeray has ruled out the possibility of a tie-up with the AIMIM, claiming that the offer must have come from its estranged ally, the BJP, to defame the Shiv Sena’s Hindutva. Thackeray reiterated that the Shiv Sena, which is leading the Maha Vikas Aghadi government with its new allies, the NCP and Congress, had not quit Hindutva but had only parted ways with the BJP. Terming the BJP’s Hindutva as being that of opportunism, Thackeray exhorted his Shiv Sainiks to expose it, as the BJP had been using Hindutva for politics and power.

Thackeray, in his virtual address to party MPs and district chiefs, asked them to be prepared to counter the BJP on all fronts. He called them to destroy all attempts by the BJP to malign the Shiv Sena’s saffron and project the party as pro-Muslim.

“Go to all the villages, show them that we are Hindus and will remain Hindus till our last breath. Also tell the people that BJP is neo-Hindu and using Hindutva for politics,” he exhorted. His address was important, given that the party will soon launch its ‘Shiv Sampark Abhiyan’ from March 22 to 25 in the state, which aims to further strengthen the party organisation by reaching out to people and drawing youths into the party fold.

“Whether in power or not, we will not give up Hindutva,” he said.

“Identify the policy of the opposition. The BJP has nothing to show about what it has done in the last eight years, so it is criticizing its opponents. In Uttar Pradesh, there was no ‘glorious’ victory. The BJP created a misbelief in UP that Hindus were in danger. The Samajwadi Party’s seat share has also increased. An illusion is being created and people are being hypnotized,” said Thackeray.

Thackeray said that the Shiv Sena should take all elections - from panchayat to Parliament - seriously and be prepared for the same. “Be ready to fight for victory in seats where the BJP has won. Go to the villages, strongly put forward the Shiv Sena’s viewpoint and counter the BJP’s ploy,” he said, adding that he would soon launch a whirlwind tour across Maharashtra.

“The Shiv Sena is being called ‘Janaab’ Sena. Look at the sequence of events. The AIMIM made its offer and then the BJP launched a barrage of criticism. They (AIMIM) bow their heads at the tomb of Aurangzeb. We are not helpless for power like the BJP. We can’t go with AIMIM,” he categorically said. He reminded the BJP that it had joined hands and shared power with Mufti Mohammed Sayeed and Mehbooba Mufti, who had opposed the execution of Afzal Guru. He reiterated that even if the Shiv Sena were to gain power, it would not go with the AIMIM.

“If BJP calls me ‘Janaab’, what are you going to say to your sarsanghchalak? Are you going to add Khan or Janaab next to Mohan Bhagwat’s name? Bhagwat has talked about unity in diversity. First understand what Hindutva is,” urged Thackeray and asked the BJP whether it wanted to call the Rashtriya Swayamsevak Sangh ‘Rashtriya Muslim Sangh’ or ‘National Muslim’. Thackeray called upon his party to show the people that the BJP’s Hindutva was a hoax.

Thackeray did not spare Maharashtra Governor B S Koshyari, saying that despite high court strictures, the latter had not cleared the file with regard to nomination of 12 members in the state council as per the recommendations of the state cabinet. “Isn’t this a murder of democracy?” he asked.

Drawing a parallel between Hitler and the present rulers at the Centre, Thackeray said, “Hitler had four spokesmen for presenting the work done by the government, answer the opposition’s allegations, accuse the opposition and spread rumours. The BJP is following the same path. It happened in Uttar Pradesh to create hatred and fear about others and to make us believe that they are the saviours.”

Meanwhile, Shiv Sena MP Sanjay Raut, who also addressed the meeting, scoffed at rumours about differences among MVA partners on the AIMIM offer. He claimed that the AIMIM could not be considered a like-minded party and could not be an MVA ally.

Raut also led a scathing attack against the BJP for repeatedly questioning the Hindutva of the Shiv Sena. He said the CM had directed Shiv Sainiks to show the strength of the party’s Hindutva and provide him with a list of seats where the BJP had won in the past.

.@ShivSena President & CM lashed out at .@BJP4Maharashtra claiming .@aimim_national offer for tie up was sponsored by the latter for division in votes &ruled out alliance
Terming the estranged ally Neo Hindus he asked party members to be ready for its defeat
.@fpjindia pic.twitter.com/vMpSb6xtye 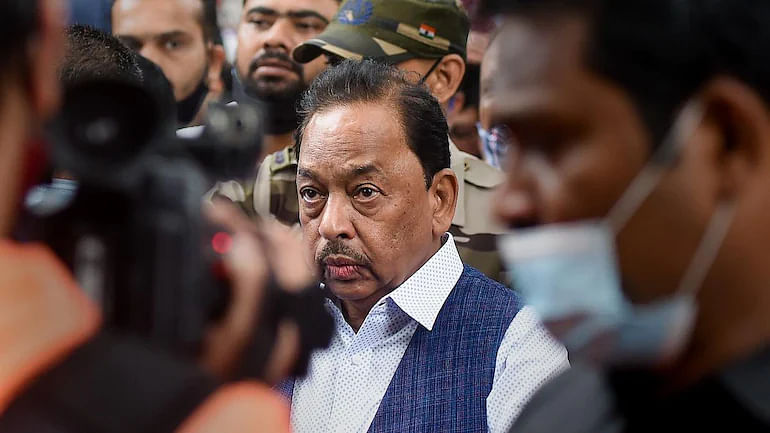 HomeMumbaiWatch video: Shiv Sena will not ally with AIMIM...Our Hindutva is not like BJP, says Uddhav Thackeray