'Satyamev Jayate': Anil Deshmukh releases his statement as he appears before ED

Former Maharashtra home minister Anil Deshmukh, who skipped five Enforcement Directorate summons in the past, finally appeared before the agency here on Monday for questioning in a money laundering case registered against him and others, officials said
Sanjay Jog

Maharashtra's former home minister Anil Deshmukh who appeared before the Enforecement Directorate on Sunday released his statement on Twitter with a caption Satyameva Jayate.

Former Maharashtra home minister Anil Deshmukh, who skipped five Enforcement Directorate summons in the past, finally appeared before the agency here on Monday for questioning in a money laundering case registered against him and others, officials said.

He arrived at the agency office in the Ballard Estate area of south Mumbai around 11:40 AM accompanied by his lawyer and his associates.

As a public spirited person, having spent my life time in the service of my people. I have scrupulously complied with the rule of law in letter and spirit. There has been no occasion when I have not made myself available for any probity in my public or personal life. My life is an open book and I have absolutely nothing to hide.

On account of a witch-hunt campaign launched at the instance of certain vested inimical interests, some blatantly false allegations have been levelled by those persons who have absolutely no credibility, honour or pride. These unscrupulous persons are themselves knee-deep involved in several rackets of extortion, fraud and even murder. The principal person who held the high office of Commissioner of Police is now a wanted absconding criminal.

As a citizen of India, I have taken recourse to my constitutional remedies for the protection of my life and liberty as guaranteed under Article 21 of the Constitution. Before the Hon'ble Supreme Court. my Writ Petition challenging the proceedings under PMLA is pending adjudication and the batch matters is part heard.

A false narrative and an erroneous impression is being created by these vested interests that I am evading or avoiding to appear before the Enforcement Directorate. Undoubtedly, such propaganda is absolutely baseless. All that I have ever sought is a transparent, fair and objective probe without any fear or favour so that truth is not rendered a casualty.

I am keen to appear before such unbiased authorities and expose the falsity of the accusations that have been levelled against me. With a fervent hope that the officers of the Enforcement Directorate shall rise up to the occasion and act in a fair manner, and also to lay to rest any misgivings about my cooperation with the investigations, I am today appearing before the Enforcement Directorate in Mumbai. Let the truth prevail. Satyamev Jayate.

What is the PMLA case?

Deshmukh, 71, appeared before the agency but after the Bombay High Court last week refused to quash these summons.

Officials said the federal probe agency will record the statement of the NCP leader under the Prevention of Money Laundering Act (PMLA) in connection with the criminal investigation being carried out by it in the alleged Rs 100 crore bribery-cum-extortion racket in the Maharashtra Police establishment that led to Deshmukh's resignation in April.

The questioning and recording of statements sessions are expected to be long as officials said Deshmukh was a "key person" in this case and needs to be grilled on a number of subjects in the case including the disclosures made by suspended Mumbai Police officer Sachin Waze during ED questioning.

Deshmukh released a video message before going to the ED office in which he said that he himself is deposing before the agency after the Bombay HC order came last week.

"It was reported in the media that I was not cooperating with the ED...I went to the CBI twice after I was summoned...my petition is still pending in the Supreme Court but it will take time and hence I myself have gone to the ED," he said.

"I and my family cooperated with the ED when they raided us (in June), he said.

Deshmukh questioned the whereabouts of former Mumbai Police Commissioner Param Bir Singh, saying he made the bribery allegations against me but where is he now? The Bombay High Court, in its judgement issued on October 29, said Deshmukh failed to prove that probe agencies had been acting in a malafide manner against him.

It said if Deshmukh apprehended his arrest by either the ED or the CBI, he had the right that was available to any other citizen or litigant to approach the appropriate court to seek protection.

The court, however, directed the ED to permit Deshmukh's lawyer to remain present within "visible distance but not audible distance" during the questioning.

The ED case of money laundering against Deshmukh, who was earlier the home minister in the Maha Vikas Aghadi (MVA) government, and others came after the CBI booked him in the corruption case related to allegations of bribe made by former Mumbai Police commissioner Singh.

The first summons to Deshmukh, his wife and son Hrishikesh came soon after the ED raided their premises in Mumbai and Nagpur in June.

It subsequently arrested two of his aides in this case, personal secretary Sanjeev Palande (51) and personal assistant Kundan Shinde (45).

Deshmukh had earlier approached the Supreme Court but got no relief on the ED action.

The ED also had attached assets worth Rs 4.20 crore that were stated to be "beneficially owned" by Deshmukh.

The ED claimed its probe found that "Deshmukh, while acting as home minister of Maharashtra, with dishonest intention has received illegal gratification of approximately Rs 4.70 crore in cash from various orchestra bar owners, through (suspended) Sachin Waze, then the assistant police inspector of Mumbai Police." "Further, with the help of Delhi based dummy companies, Deshmukh family laundered the tainted money of Rs 4.18 crore and projected it as untainted by showing the same as amount received in the Trust namely Shri Sai Shikshan Sanstha," the ED had alleged.

The ED case against Deshmukh and others was made out after the CBI booked him in a corruption case related to allegations of at least Rs 100 crore bribery made by former Mumbai Police commissioner Singh.

In a letter to Chief Minister Uddhav Thackeray after he was removed from the police commissioner's post, Singh had alleged that Deshmukh had asked Waze to extort over Rs 100 crore a month from bars and restaurants in Mumbai.

Deshmukh, while denying any wrongdoing, had maintained that Singh made the allegations against him after he was removed from the post of Mumbai Police Commissioner.

Former home minister .@AnilDeshmukhNCP who has gone to #ED office has released his statement with a caption Satyamev Jayate
.@fpjindia pic.twitter.com/xEv2L5CRX3 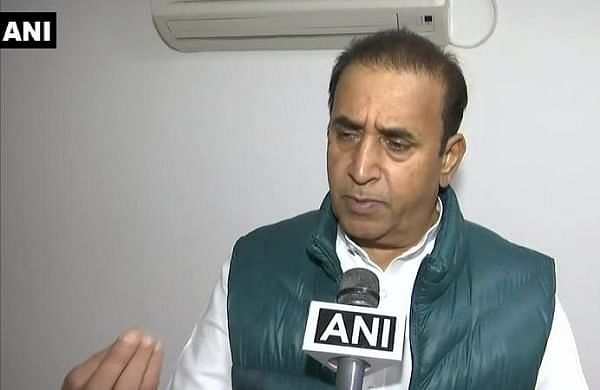 FPJ Explains: As Anil Deshmukh appears before ED, read everything about the money laundering case...
Advertisement