Interestingly, in this case, police investigated with a personal touch and traced him with the help of a missed call received on the teen mother’s mobile phone.
Staff Reporter 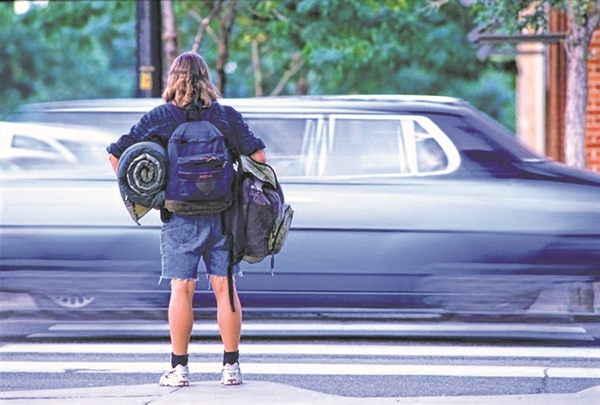 Mumbai: Vakola Police has traced a runaway teen at Thiruvananthapuram and reunited him with his parents on Saturday. The teen had left the city and gone to Tirupati, after his mother scolded him on December 4.

Interestingly, in this case, police investigated with a personal touch and traced him with the help of a missed call received on the teen mother’s mobile phone.

A 13-year-old boy’s wish to meet his mother fell flat on his face after the mother on seeing him scolded him. Police said, the teenager, a resident of Goregaon, had come to meet his mother in Vakola, where she worked as a househelp.

The teen supposedly travelled all alone in the local train, as his father, who is employed in a private firm, too was out for work. On December 4, when the teen met his mother, she shouted at him and questioned him the reason for coming all the way to Vakola, on his own.

The teen replied that he was feeling alone and lonely and wanted to meet her, which increased her anger even more. She scolded at him again and asked him to return home.

The teen, who was devastated by the insult, boarded a BEST bus to Kurla and went to Lokmanya Tilak Terminus (LTT), where he took a train to Thiruvananthapuram.

When the teen did not return home on the night of December 4, his parents approached the Goregaon Police station, who asked them to go to Vakola, as the teen was last seen in Santacruz (E).

Accordingly, the parents approached the Vakola police station, where the cops registered a case of kidnapping under relevant sections of the Indian Penal Code.

Speeding up the probe, police scrutinised the CCTV footage of the area where the teen had met his mother and saw that he had boarded a BEST bus to LTT.

However, after that police had no clue about the teen’s location. Vakola Police then suggested to the parents to contact them if they get a call or even a missed call from an unknown number.

On December 12, the teen’s mother got a missed call from an unknown number and she immediately brought it to the police’s attention. When the Vakola police called that unknown number, a person responded and said that, “This number was given to me by a boy, who seems to be clueless about the area.

I am speaking from Thiruvananthapuram and he does not know the local language.” Without wasting any time, a senior police inspector then posed as the teen’s father, and said, “Please keep my son safely with you and we are on our way.”

A police team was immediately sent to Thiruvananthapuram, where the boy was rescued and reunited with his parents. The teen’s family thanked the police, who traced the boy with personal interest in the case.