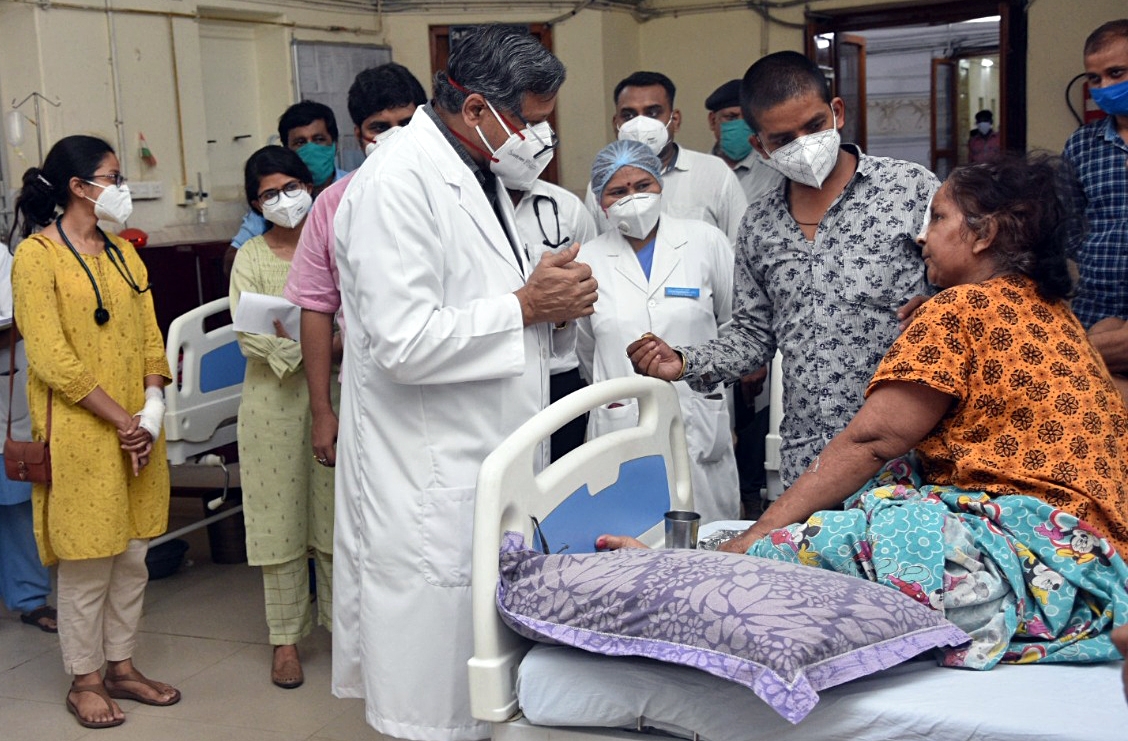 Doctors said there were over 200 patients of the rare and dangerous fungal infection in the facility, and 12 had succumbed to it, though 11 of them had comorbidities.

"Of the 125 surgeries, 116 were performed by ENT surgeons, six were done by the ophthalmology department and three by doctors from the neurosurgery department. A total of 40 surgeries involved the eye, but only in six cases, the eyes had to be removed to treat black fungus in the sinuses," Dr Joshi explained.

He said the facility had seen 12 deaths from the infection, though eight of the deceased had COVID-19 and three had diabetes, adding that "only one death can be attributed to just black fungus".