Bhogade is posted on a desk job at CRPF Group Centre at Talegaon in Pune and is currently on a month's leave as he is visiting his parents and family at his village in Jawhar.

Ramdas Bhogade (33), a Cobra Commando of the Central Reserve Police Force jawan (CRPF) who lost both his legs in a landmine blast in Maoist-affected Chhattisgarh in November 2017, dreads the monsoon as during this season he has to walk through 200 m of slush daily and his wife Ranjana, sometimes carries him on her back so that both his prosthetic legs do not get stuck in the muck. 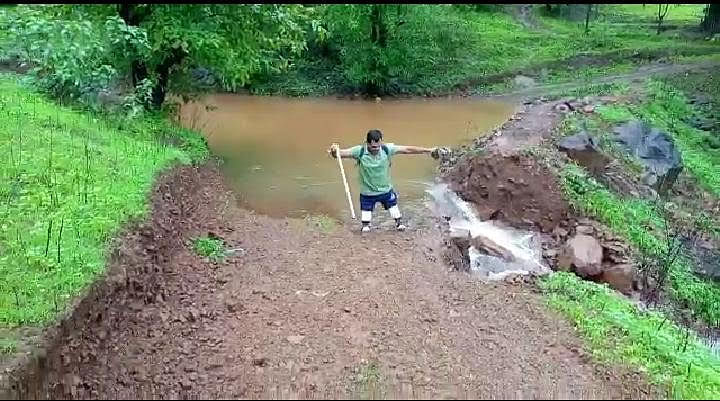 Bhogade stays with his parents-father Bhau, mother Laxmi- and his wife Ranjana with their 12-year-old son at Vadoli Ratuna village in Maharashtra's Jawhar.

Bhogade is posted on a desk job at CRPF Group Centre at Talegaon in Pune and is currently on a month's leave as he is visiting his parents and family at his village in Jawhar.

"Since I arrived from my Pune post to my village on 23 June, I am facing the problem of passing the 200 m stretch filled with muck and I fear losing or damaging my prosthetic legs provided by my employer - CRPF after the November 2017 landmine blast. Sometimes I manage alone but always it is my wife Ranjana who carries me on her back to cross the stretch said Bhogade," says the Jawan.

"In 2020, Sunil Bhusara, MLA of Vikramgad, had promised me that he would build a road to my house. But there is no road yet and it seems to be an empty promise made by Bhusara," laments the jawan.

Tulsiram Chowdary, a local resident said it is a matter of regret that a brave Cobra Commando of the tribe served the country for 12 years of his life and after losing both his legs on duty, the State government cannot even provide road facilities for him.

Bhusara when contacted confirmed that he had promised Bhogade a pucca road to his small house. "I also visited his house and gave an assurance to the jawan," said Bhusara.

Due to bureaucratic wrangles, the issue was delayed and in March 2022, a Rs 25 lakh tender was issued which is in the processing stage, and after the monsoons, the road will be constructed touching Bhogade's house so that he does not have to walk through slush and muck during the next monsoons, assured Bhusara. Bhogade, along with 24 jawans were patrolling the Padoli jungles in Sukma district in Chhattisgarh, when on November 19, 2017, he accidentally stepped on a landmine, in an operation to nail Maoists hiding in the thick foliage. The 23 other jawans escaped unhurt.

"The landmine was placed by the enemies and I stepped on it by mistake. I shouted at the top of my voice to alert my fellow jawans and to warn them about the other landmines planted. Hearing my cries, two of my colleagues came to my rescue, but I shooed them away, lest they step on other landmines placed underground, or else they might have been martyred," Bhogade said.

After the landmine blast, Bhogade was admitted to a hospital in Raipur for over 40 days to treat his injuries. In April 2018, he was fitted with a pair of prosthetic legs.

“After a month of trials, I am now able to walk now, but with callipers, as I am yet to get acclimatised to the prosthetic legs,” said Bhogade.

Now, he is posted on a desk job at Talegaon centre, but I want to go to the front again and fight the Maoists, who are a menace to our nation,” said Bhogade, the son of a paddy grower. 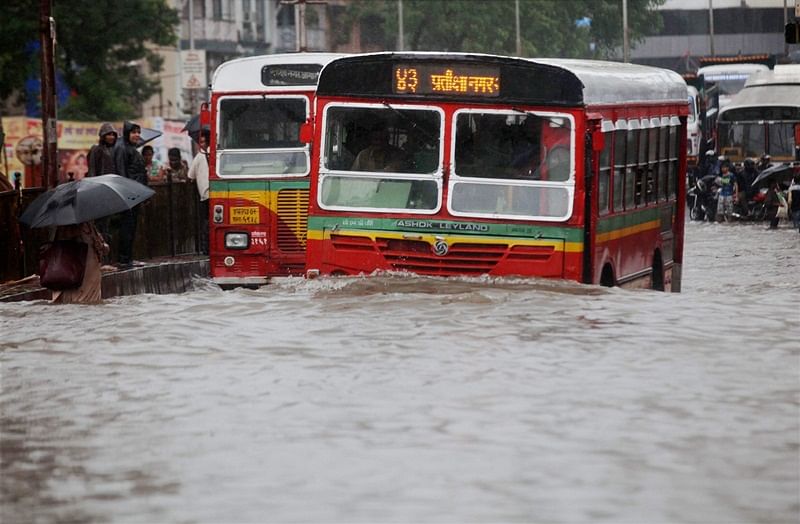