Parsi Gate to be shifted permanently

The structure will be shifted almost a kilometre away to facilitate ongoing construction of the coastal road project on the stretch. 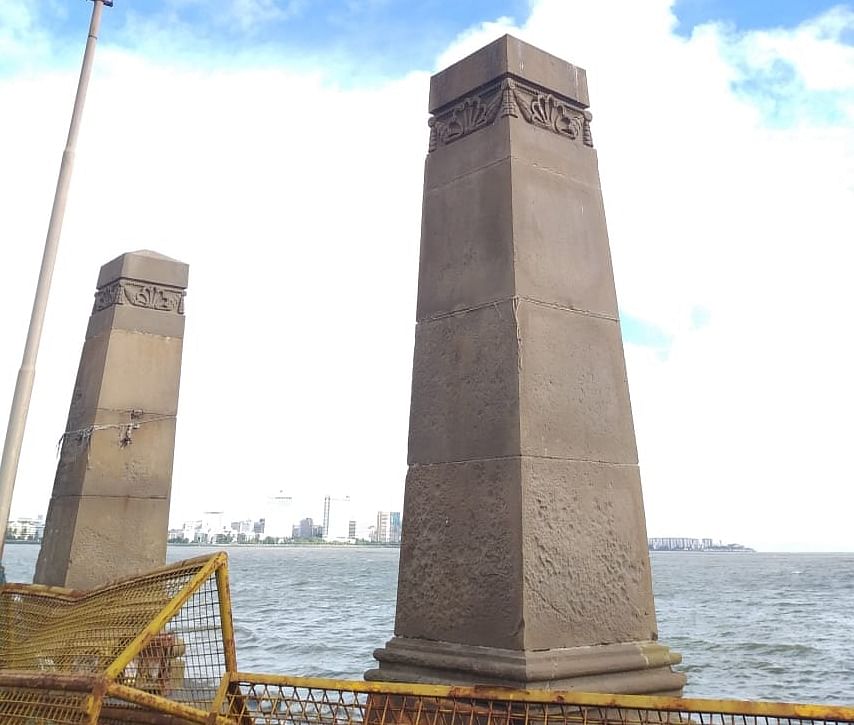 Mumbai: The Brihanmumbai Municipal Corporation all set to shift the century-old ‘Parsi Gate’ on Marine Drive permanently to another location almost a kilometre away. The decision to shift the two pillars called Parsi Gate to make way for construction of the ambitious coastal road project.

“Even though the place is known to have been visited by Parsis for around a century to offer prayers, it actually belongs to the BMC. I appreciate the fact that the civic body considered the religious sentiments of the community before taking a decision. Nobody has objected to the move so far,” said Dinshaw Mehta, former chairman of Bombay Parsi Punchayet (BPP).

Parsi Gate, which members of the community use to reach a narrow strip of beach to offer prayers to water, is at a spot opposite Taraporewala Aquarium where the coastal road's north-bound tunnel is planned. Members of the community gather at Parsi Gate, a 19th-century structure, during ‘Avaroz’, the day observed by Parsis in the month of March every year to venerate water.

The BMC now plans to shift the structure permanently a kilometre away opposite Bharat Mahal on Marine Drive so that work on the project can proceed.

Parsi Gate comprises two almost 5 m pillars made of stone on concrete pedestals. The style of construction is said to be based on ancient Persian architecture. "It was constructed over a hundred years ago. Parsis pray there on certain days. It is one of the few sites where our community offers prayers in the open,” said a member of the community.

According to sources close to the community, members of the community including trustees of Bombay Parsi Punchayet met the BMC officials on June 8 where they were shown the spot where the structure will be shifted.

Mehta added, “The civic body has agreed to the suggestions of allowing access to the waters. Also objecting to the shifting of the gate makes no sense as there will be three-lane traffic coming between the gate and the sea, community members will not have access to the water in future once the project is completed. Hence shifting the gate is the solution as far as we get access to the waters as we had in the original structure.”

When contacted a senior BMC official said, “Only once the project develops, will we see what would be done around the Parsi Gate. We are in touch with community members. As of now, I cannot comment about the relocation of the structure or give any details of work that would be carried out there,” said the official.

HomeMumbaiParsi Gate to be shifted permanently