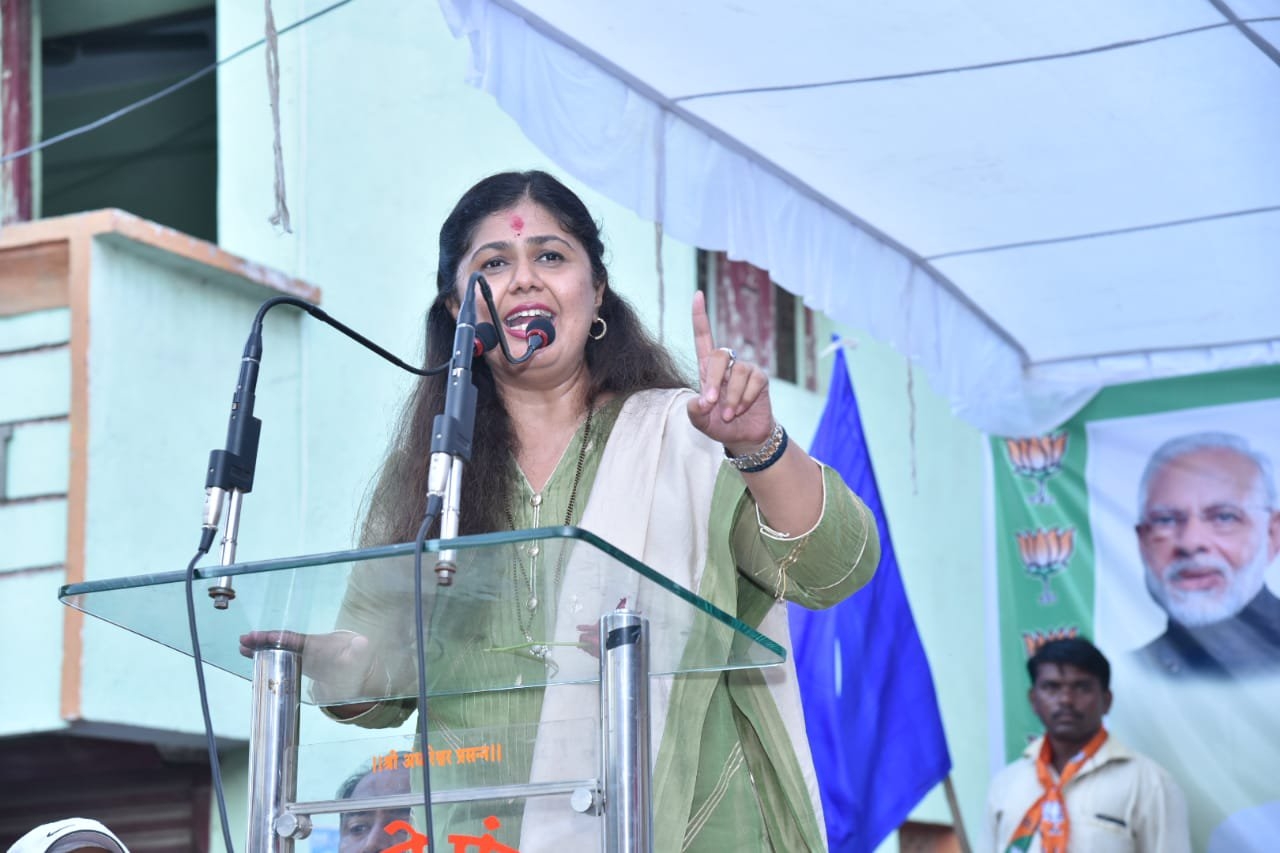 Mumbai: Former minister Pankaja Munde, who last week hogged the headlines after she removed the party's name from her Twitter bio, on Monday skipped BJP's divisional meeting at Aurangabad. The meeting, which was chaired by state party chief Chandrakant Patil, was organised to review the party's performance and its shortcomings 48 assembly segments in the Marathwada region.

Patil clarified that because of illness Munde could not attend today's meeting. However, party functionaries are not at all happy with Patil's clarification as they hinted that Munde is yet to recover from her humiliating defeat from her cousin and NCP nominee Dhananjay Munde in the Parali constituency.

Munde said she was exerting pressure on the leadership to get a key post in the party. However, she has claimed that her ''well wishers'' from the party were responsible for the discussion about her quitting party so that she was kept away. Munde is believed to have expressed her serious displeasure with the leadership against key party functionaries working for her defeat in the home turf.

Munde has said she will not quit the party but will reveal her future line of action on December 12 which is her father's birthday.

Interestingly, former minister and veteran BJP leader Eknath Khadse came in Munde's support and alleged that her defeat was the handiwork of some party insiders. He also demanded stern action against such leaders for anti-party activities.

Khadse also alleged that efforts are being made from within to neglect leaders from the other backward classes in the party's functioning. Incidentally, Khadse, who was denied ticket in the assembly poll, comes from the Leva Patil community while Munde hails from the Vanjara community.

In her Facebook post on Dewcember 1, she invited her followers to Gopinathgad in Beed district on December 12 on the occasion of her late father birth anniversary. "Looking at the changed political scenario in the state, there is a need to think and decide the way ahead. I need time for some 8-10 days to communicate with myself. Our future journey need to be decided against the backdrop of current political changes," she wrote in her Facebook post in Marathi.

She also wrote that she had accepted her defeat in the polls and moved on.