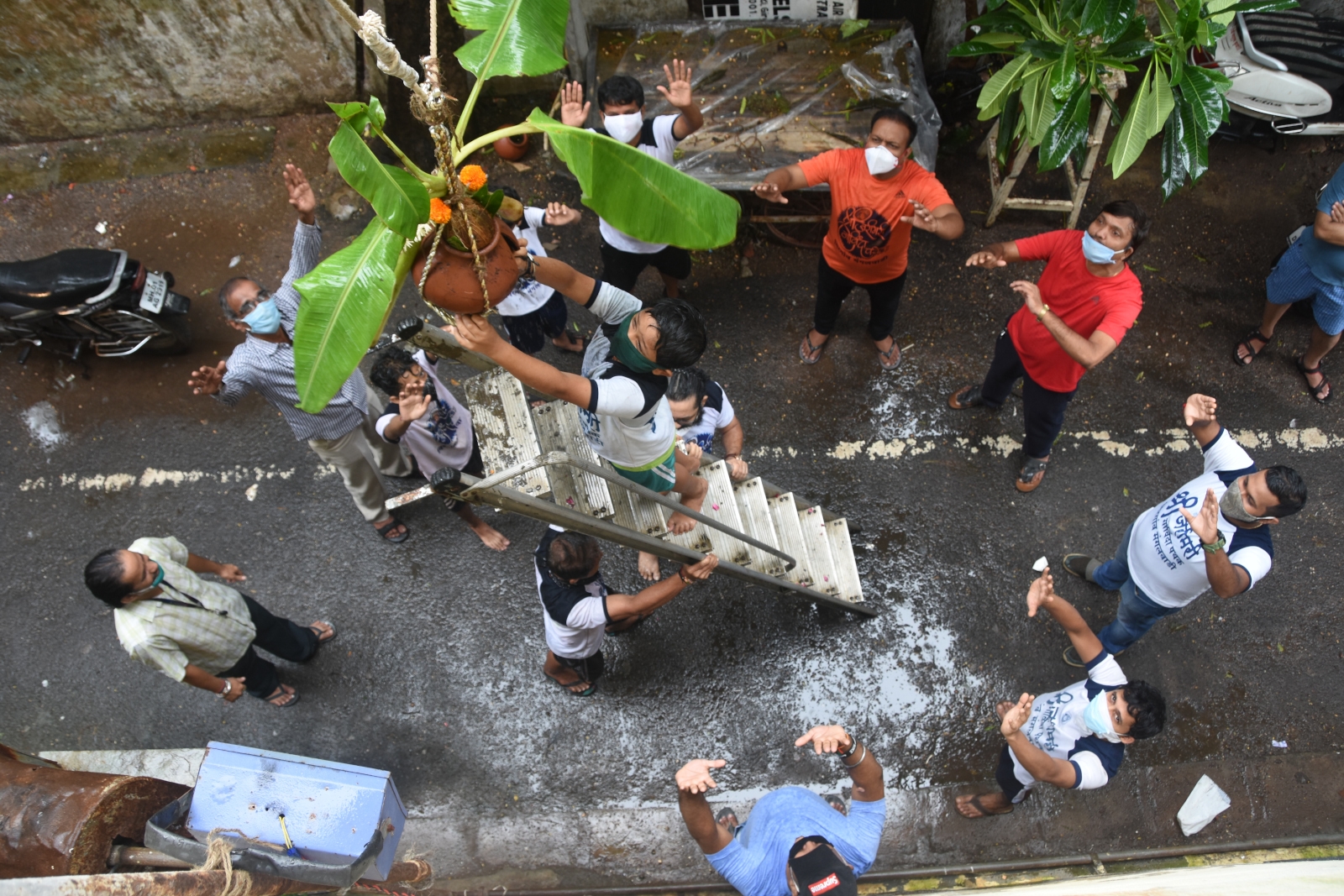 For 19-year-old Arjun Sagar, Janmashtami is not just a ritual, but a day to make a few extra bucks for his family. Coming from a chawl in north Mumbai's Pimpripada, Sagar and his troupe form a human pyramid in a bid to break the Dahi Handi unfailingly every year. However, the pandemic, casting a shadow on the celebrations, has left many Govindas like Sagar disappointed.

"My family hasn't had any income since last April. Because of it, my sister had to quit her studies. We thought the pandemic would be over by August and we would be able to earn some extra money in the festival," Sagar told the Free Press Journal.

Last year, too, the mandal in which Sagar participated had called off their celebrations due to the floods caused in western Maharashtra. This is the second year in a row that the 19-year-old has faced such loss. "The celebrations were cancelled last year, as the local mandal decided to donate funds for flood relief. It is during the times of festivities that we tend to make some extra income. But, for two years, it appears that fortune is not on our side," stated Sagar.

The civic body and state administration has also laid out various restrictions on the formation of the human pyramid. This has forced mandals to perform with a lesser number of people and many are left out as well. "We were mostly dependent on the cash rewards. However, we have to perform with limited people every year. Due to the risk, many mandals have cancelled human pyramids. So, more people get rejected from the troop," stated Sunil Kamath (22).

Kamath has been performing at Dahi Handi festivals since he was eight years old. He had followed his elder brother's footstep to become a Govinda as he had grown up.

"My father does a day to day job and my brother stays abroad. Our major source of income is by performing in crowds during Janmashtami and Ganesh Chaturthi," stated Kamath.

Meanwhile, Bharatiya Janata Party (BJP) Member of the Legislative Assembly from Ghatkopar Ram Kadam has opted for an innovative celebration this year, where posters of doctors and nurses are being celebrated instead of deities. "We will have a low key celebration. There will be no human present at the mandal premises to maintain social distance. Our celebration this year is meant to celebrate the medical workers who are at the frontline," stated Kadam.