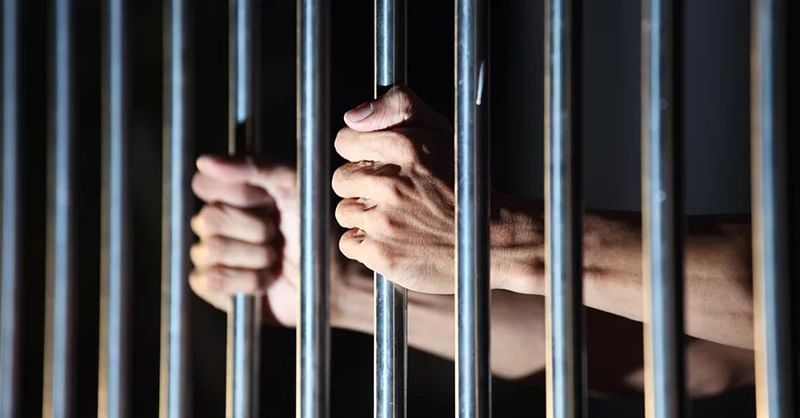 Observing that no prisoner can claim the right to be released, the Nagpur bench of the Bombay High Court on Tuesday held that prisoners having residence outside Maharashtra can't be released on the Covid emergency. The HC however, said the regular parole and furlough laws are still there as a remedy for all prisoners.

A bench of Justices Sunil Shukre and Avinash Gharote noted that the country continues to reel under Covid crisis, which has affected the lives of the citizenry, adversely to an extent, which is incomparable, to anything in the recent past.

"Social distancing, considering the nature of coronavirus, the virulent infection which it causes, its rapid spread, and abysmally insufficient data/information regarding its affectation, behavior has turned the lives of people upside down. The coronavirus has affected one and all, without any categorization altogether," the bench noted.

The judges further took into account the impact of the nationwide lockdown, especially on public transport.

"Due to the complete lockdown of transport facilities, throughout the country, the movement of such convicted prisoners, if released, so as to reach their native place of residence, was an impossibility. The logistics needed for such transportation, in the given situation, was indeed not only unmanageable but was also insurmountable," the court noted.

"That apart, the state boundaries were also sealed and no crossing was being permitted in May, 2020, and even thereafter to avoid the spread of the virus. There were no definite tests to determine whether one was infected with the virus, and if yes, what were the necessary protocols to contain and cure it," the judges added.

The bench said all these factors clearly point out the "rationality" of the distinction, not to release the convicted prisoners, lodged in various prisons within the state of Maharashtra.

"Even if an under-trial prisoner or convict, would have been released, he had no means of transport available to reach his place of residence in the other State," the judges said.

The court further said that the threat of Covid19 continues to take its toll daily and haunt everyone. "No under trial or convicted prisoner, even otherwise, can claim an absolute right to be let off," the judges said while dismissing the pleas seeking the release of prisoners, who are residents of other states.