Not Tolstoy war classic, yet no peace on Twitter

The judge's question ignited fiery polemics on the social media with some like Prashant Bhushan declaring on twitter: ‘‘Astounding! HC judge asks an activist alleged to be a Maoist,
FPJ News Service 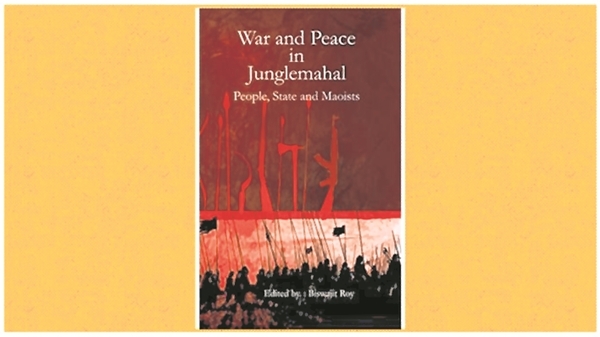 Mumbai: Leo Tolstoy's ‘War and Peace’ became a talking point among the chattering classes after a judge asked an accused civil rights activist to explain why he had on his shelf a book "about war in another country".

The judge's question ignited fiery polemics on the social media with some like Prashant Bhushan declaring on twitter: ‘‘Astounding! HC judge asks an activist alleged to be a Maoist,

‘Why have you kept (Tolstoy's classic novel) War & Peace in your house?’ What kind of HC judge would ask such a question?! What have we done to the judiciary?!’’

Others were less charitable. ‘‘The judge should leave his Pride and Prejudice aside, and try use his Sense and Sensibility, and then he'd realise that the matter of reading War and Peace is not about Crime and Punishment, but about Power and Glory, lest his tenure will be a time for Laughter and Forgetting,’’ remarked Salil Tripathi, author and columnist, with obvious sarcasm.

One bemused twitter user touched a raw nerve when he remarked in zest: Most people have War and Peace in their homes because they have been trying to finish it for 10 years.

Even as the pyrotechnics continued on Twitter, on Thursday, in a dramatic turn of events, it emerged that the book the Bombay High Court referred to during the hearing of the Bhima-Koregaon case was not Tolstoy's classic but a similar-sounding "War and Peace in Junglemahal", edited by one Biswajit Roy.

Lawyer Yug Chaudhary, appearing for one of the accused, informed the court on Thursday that sections of the media had wrongly reported on the matter.

"The book recovered from Gonsalves is 'War and Peace in Junglemahal: People, State and Maoists', edited by Biswajit Roy, not the 'War and Peace' by Leo Tolstoy,"

Chaudhary told the court.In response, Justice S. Kotwal, to whom the statements were attributed, responded that he was "shocked" by the reportage and it was disturbing for the institution.

The judge said that he was well aware that Tolstoy's "War and Peace" (1869) was a literary classic and he never intended to suggest that all books seized by the Pune Police during the Bhima-Koregaon and Elgar Parishad investigations were incriminating.

But the controversy is far from over. Many were left wondering whether the books they had on their bookshelves were less incriminating. Some have appealed, asking people to share books from their own "subversive" collection.Incidentally, none of the books seized from the accused civil rights activist’s home were banned by the government.