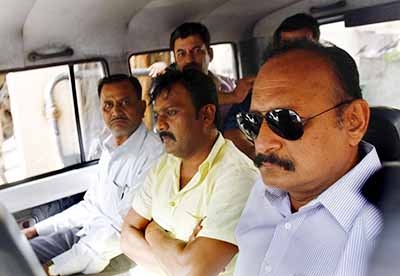 “Kadam was arrested on Pune-Ahmednagar Road near Pune and is being brought here as the case has been registered in Mumbai,” state CID chief Sanjay Kumar told PTI.

The alleged scam had taken place when Kadam, who represents Mohol constituency in Solapur district, was the chairman of the ASDC.

Kadam had allegedly transferred over Rs 150 crore funds to the organisations headed by him. The money was meant for the welfare of backward communities for whom the corporation was set up, CID officials said.

“Apart from Kadam, three other people have been arrested in this connection,” Kumar said.