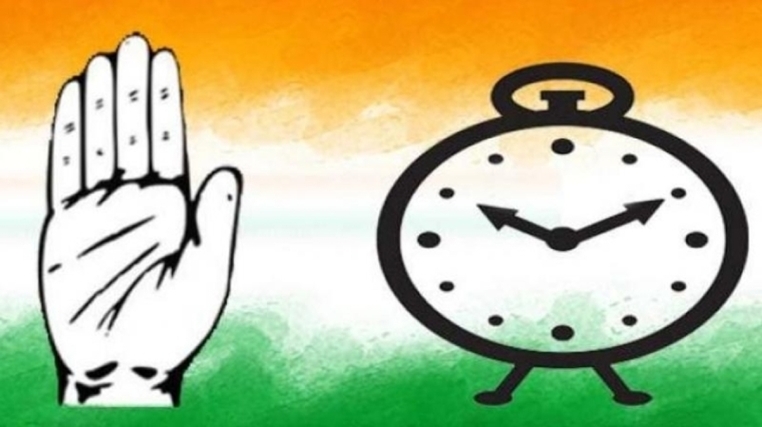 Meanwhile, the ruling alliance, the Bharatiya Janata Party (BJP) and Shiv Sena are confident of winning at least 200 seats, which is a comfortable majority.

Though publicly both Congress and NCP have questioned exit polls, their own internal calculations suggest that the BJP-Sena will come to power with the required magic numbers.

NCP is confident of winning at least 61 seats in the state. If their prediction comes true, then the NCP is likely to increase their tally by at least 20 seats as compared to their performance in 2014 election, which was 40. Congress on the other hand, was written off by the ruling party leaders political experts, is confident of reaching their 2014 tally of 42 seats.

"We are confident that the NCP will win at least 61 seats. We are sure our our performance will be very good in Pune Kolhapur, Satara-Sangli and Solapur," said a senior leader of the party. This hints at the NCP regaining its last bastion of western Maharashtra. While most parts of Kolahpur, Sangli and Satara districts were grossly affected by severe floods, the state government failed the people in undertaking timely rescue operations. In fact the NCP chief Sharad Pawar reached the flood affected areas before the government officials or the Chief Minister and intervened to avert Koyna river devastation.

In fact the last video and photographs of Pawar addressing a huge rally in Satara two days before October 21, when the crowds and he were drenched in heavy rains made a huge impact on the people across the state. "The aggressive and effective campaign led by Pawar made a difference. His emotional appeal till the last day of campaigning will help us improve our tally," the leader said.

At a time when the BJP had claimed the Congress-NCP was likely to lose Leader of Opposition seat which eventually may be bagged by the Vanchit Bahujan Aghadi, the NCP is definitely vying for this post in the Assembly. Their party has this post in the legislative council.

Meanwhile the BJP-Sena expects to increase in their tally and it is evident they are likely form the next government with comfortable majority. Any party requires 145 seats to form the government and Sena feels the BJP cannot get this on their own merit. Sena is is confident of winning 84 seats of the 124 they contested.

BJP's own calculation predicts they are likely to get 135 seats and the Sena will get between 70 -75 seats. CM Devendra Fadnavis and the BJP state president Chandrakant Patil had publicly claimed that the BJP- Sena alliance will get more than 220 seats which is not far fetched.