The input was closely monitored and carefully analysed after which a Bolivian lady was identified as traveling from Brazil to Goa with layovers at Addis Ababa and Mumbai.

Officials of the Narcotics Control Bureau (NCB) seized black cocaine worth Rs 13 crore from a Bolivian lady at the Chhatrapati Shivaji Maharaj Mumbai International Airport and further nabbed a Nigerian national from Goa in this connection.

According to the NCB,black cocaine is a rare drug which is a mixture of regular cocaine with other chemicals of administrated quantity to dodge the sniffer canines and also manipulate dosage as per target consumer.

The NCB received a tip-offthat a Bolivian national would be arriving at Mumbai from Brazil on September 26 with a consignment of drugs which would be further passed around Mumbai and nearby states and later she would be travelling to Goa.

Shortly, after the flight landed, the lady was identified who was moving around to board the connecting flight to Goa. Thereafter, she was questioned about her purpose of visit and contents in her luggage to which she could not give a satisfactory reply.

A thorough search of her luggage led to discovery of false cavities wherein 12 packets tightly packed were recovered. Upon checking the packets, black coloured substance was found. Upon questioning the lady she confessed that the materialwas black cocaine which weighed a total of 3.2 kg. She confessed that she was supposed to deliver it to a receiver in Goa, who is also a foreign national.

The information revealed by the Bolivian lady corroborated with the details of the Nigerian. Later, the Nigerian also confessedto be part of the international drug syndicate. 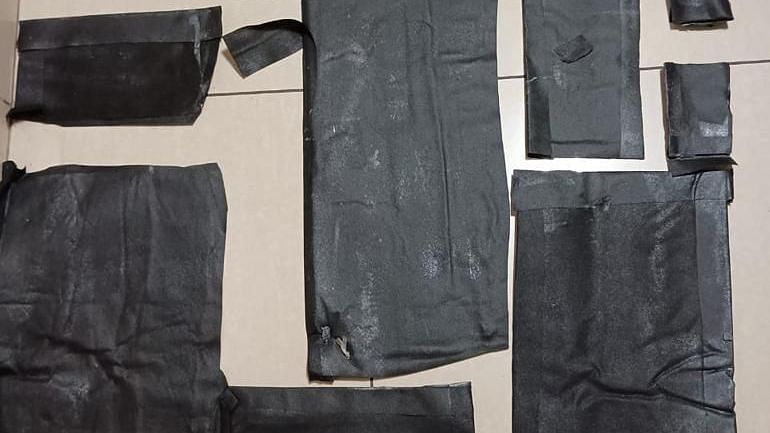