Mumbai: Maharashtra Home min Dilip Walse Patil on Saturday alleged that Amravati MP Navneet Rana and her husband Ravi Rana are creating ruckus at the behest of someone else.

He further said that the Rana couple want to tarnish the Maha Vikas Aghadi (MVA) government's image and spoil the atmosphere in the state.

"Amravati MP Navneet Rana & her husband want to tarnish the state govt's image and spoil atmosphere. What's the need to chant Hanuman Chalisa outside 'Matoshree',they can do it in their home. They're doing this at behest of somebody", the Home Minister said.

Shiv Sena workers on Saturday morning broke through the barricades and tried to enter the premises of the Khar residence of Maharashtra MLA Ravi Rana and his wife MP Navneet Rana, who have decided to recite Hanuman Chalisa outside Maharashtra Chief Minister Uddhav Thackeray's house here, police said.

However, the police brought the situation under control and stopped the party workers from going further, an official said.

However, the police personnel deployed at the spot brought the situation under control and dissuaded the party workers from indulging in anything that would create a law and order problem, he said.

On Friday, Mumbai police had served a notice to Amaravati MP Navneet Rana and her husband, Badnera MLA Ravi Rana, asking them not to disturb the law and order situation in the city. Navneet Rana has been provided Y category security by the central government.

Ravi Rana had earlier told reporters here that he had demanded the chief minister read Hanuman Chalisa on Hanuman Jayanti "to rid Maharashtra of crises and attain peace for the state," but Thackeray had "refused" to do so.

The city police have stepped up security outside 'Matoshree'. Barricades have been placed on the road leading to the Thackeray residence to avoid crowding, the official said. 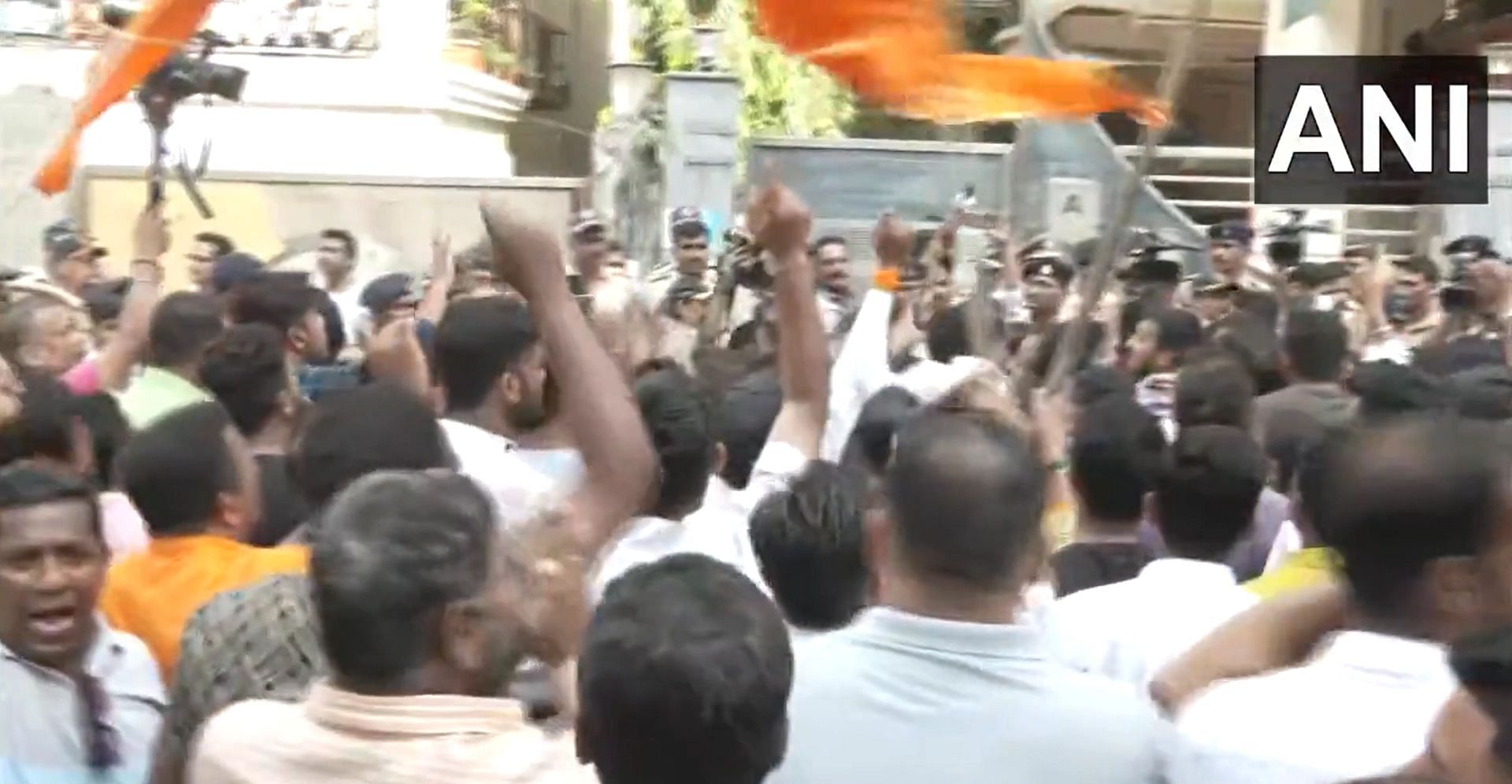