Shiv Sena MP Rahul Shewale has sparked a row after he wrote a letter to Maharashtra Chief Minister demanding a flyover in Mumbai be named after Sufi saint Moinuddin Chishti.

Addressing reporters here, Shriraj Nair, VHP spokesperson in Mumbai said the bridge being built in Mankhurd should be named after some eminent personality from Hindu culture otherwise the VHP will launch a "huge protest, whose further strategy will be decided when the time comes." BJP leader Ram Kadam said: "Shiv Sena remembers Lord Shri Ram whenever elections approach, they chant in favour of Chhatrapati Shivaji Maharaj.

The Sena wants people to vote in the name of Ram, vote in the name of Chhatrapati Shivaji Maharaj and after coming to power, Shiv Sena seems to be devoted to pro-Pakistan ideas." "I demand from the Chief Minister that Mankhurd Bridge should be named after Chhatrapati Shivaji Maharaj", said Kadam. Vice president of BJP's Maharashtra unit, Kirit Somaiya said, "It is being said that Mankhurd flyover will be named after Khwaja Moinuddin Chishti. Now, Shiv Sena has left its saffron flag and is carrying a green flag in its hand." Chishti was among the Sufi saints to arrive in India when Delhi was under the rule of Sultan Iltutmish. 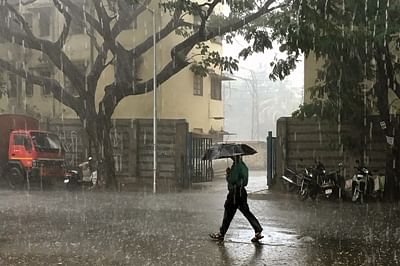