Vasai, July 16: Less than 36 hours after he fled after murdering a 32-year-old woman in the Naigaon area of (Vasai), the 30-year-old killer was tracked down by the Valiv police from his native village in Uttar Pradesh. Interestingly, a railway ticket found from the crime scene helped the police team led by Senior Police Inspector-Vilas Chougle to solve the blind murder case.

The murder was reported from a tenement in the Kelicha Pada area of Naigaon on 9, July.

The deceased woman identified as-Mehuba Bibi Shaikh (32) who lived alone was found strangled to death. It came to light that a man had been staying with the woman for the past four days. However, the police were clueless about his identity.

The investigating team found a train ticket from the crime scene which the accused had apparently used to reach Mumbai. Armed with this single clue, the team ascertained his identity as –Ismail Maqsood Khan (30) and traced his whereabouts to Rathaura village in Baghpat district of Uttar Pradesh.

He was apprehended after a hot chase in a sugarcane field near his house, police said. While working in Saudi Arabia, Khan had befriended the deceased after they met on a social media platform last year.

But the relationship strained after the woman allegedly began harassing him for money and also warned him against marrying any other woman. Khan reached the woman’s home in Naigaon on 4, July.

Both quarreled on the issue, but on the fateful day, the heated exchange of words took a violent turn after Khan strangulated the woman with a dupatta and fled to Uttar Pradesh after committing the crime. a case under section 302 of the IPC has been registered against the accused who has been remanded to custody. Further investigations were underway. 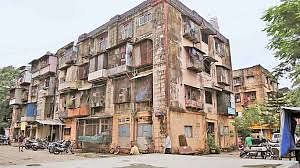