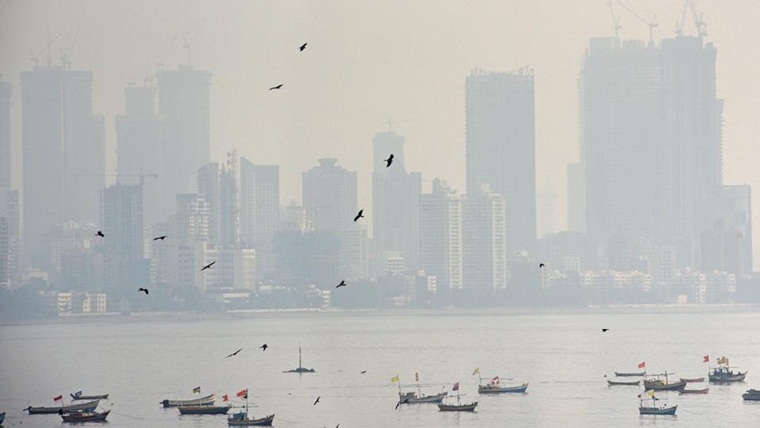 According to Hindustan Times report, this is for the time since March 24. The System of Air Quality Weather Forecasting and Research (SAFAR) has released air qaulity data of Mumbai which states that ‘moderate’ air pollution levels. Earlier on Thursday, data recorded by Central Pollution Control Board (CPCB) had shown that AQI was already in ‘poor’ category, a first for this season.

The AQI on Friday was 201 during the day, and fell to 194 by the evening. SAFAR and CPCB categorise AQI for pollutants in the 0-50 range as good; 51-100 as satisfactory; 101-200 as moderate; 201-300 as poor; 301-400 as very poor and above 400 as severe. AQI data is recorded for PM2.5 pollutant — particulate matter of 2.5-micron size which can easily enter lungs and cause ailments — from 10 stations across Mumbai. Last time the AQI in Mumbai was ‘poor’ as per SAFAR’s data was on March 24, at 254. Meanwhile, CPCB recorded an AQI of 205 (poor) based on monitoring across eight stations on Friday, reported Hindustan Times.

Environment Minister Prakash Javadekar on Friday exuded confidence that the country will take less time than the 15 years taken by Beijing to improve air quality in the national capital. Responding to a discussion on "air pollution and climate change", the minister said a mass movement is needed to tackle the problem.

"It took Beijing 15 years (to fight air pollution). We will take lesser time," he said, referring to the air quality in Delhi. There is a relation between pollution and climate change, the Environment Minister said, adding that 40 per cent of India's total power capacity will come from renewable sources before 2030.