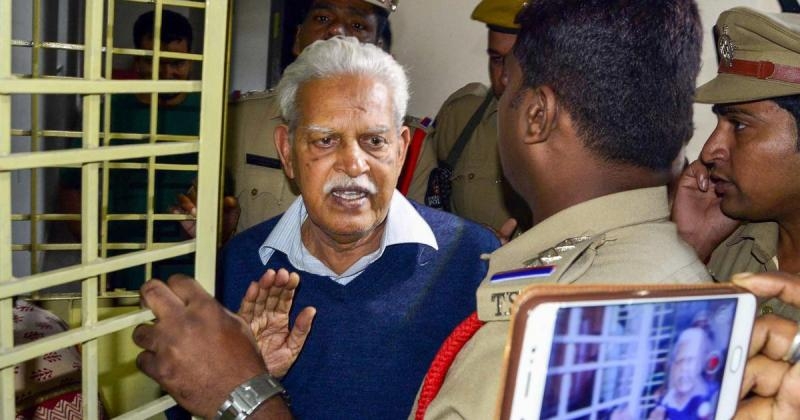 Days after getting bail, Telugu poet-activist Varavara Rao on Wednesday approached the Bombay High Court seeking permission to deposit cash bonds instead of two sureties of Rs 50,000 each, which was one of the conditions imposed on him for his bail by the HC.

A bench of Justices Sambhaji Shinde and Manish Pitale, however, adjourned the matter for hearing on Thursday morning stating that it would have to hear the National Investigation Agency (NIA) before passing any orders in the plea.

Appearing for Rao, 82, senior counsel Anand Grover told the judges that the process of obtaining the sureties was slow and thus if the bench allowed depositing cash bonds, then his client would be released early. He said that he would submit the sureties in the due course of time since obtaining the same in wake of the Covid-19 pandemic was taking much time than usual.

Notably, Rao was granted medical bail for a period of six months on Monday. The bench of Justice Shinde, while granting the bail had ordered Rao to furnish two sureties of Rs 50,000 each.

The matter is now expected to be heard on Thursday morning.