Two more persons were arrested by the Directorate of Revenue Intelligence (DRI) from Delhi on Friday for their alleged role in the recent seizure of 25 kg heroin that had arrived from the Iran port at Nhava Sheva in Navi Mumbai. Both the accused were involved in financial transactions, including hawala, for smooth import of this consignment.

The agency had earlier arrested one person who had imported the said consignment. The two men were brought to Mumbai on transit remand on Saturday and produced before a court in Panvel, which remanded them to DRI Custody.

According to the DRI Mumbai Zonal Unit, the container had been imported from Kandahar in the name of an importer based in Masjid Bundar. It had arrived via Chabahar port in Iran. Based upon this intelligence, the container was located at Nhava Sheva port and examined on October 5. The goods were declared in the Customs documents as sesame seed and mustard oil. It was, however, revealed that heroin was concealed at the bottom of five mustard oil cans.

A DRI official said it’s a new modus operandi. Investigations had revealed that the name of the importing firm was being used by a person of Indian origin who had lived in Iran for a long time. In his statement after arrest, he had accepted that the consignment belonged to him; he later divulged details of his Afghan connections. 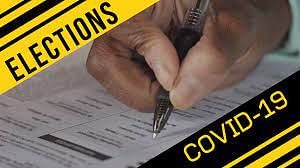