At least 12 people, including eight children, were killed and seven others injured after two floors of a three-storey residential building collapsed on an adjoining single-storey house in Malwani in suburban Mumbai, officials said on Thursday.

One person died in a separate incident of house crash at Dahisar, a western suburb of Mumbai, on Thursday evening, civic officials said.

Nine members of a family were among the deceased in the first incident which took place around 11.15 pm on Wednesday, when Mumbai experienced heavy rains throughout the day, at the New Collector Compound on Abdul Hamid Road in the Malwani area of suburban Malad, the officials said.

The ill-fated building was constructed illegally and had suffered damage in cyclone Tauktae, which passed close to the Mumbai coast last month, police said, adding its contractor has been arrested on culpable homicide charge.

The Maharashtra government announced an ex-gratia of Rs five lakh each to the kin of those who lost their lives in the house collapse at Malwani, while the Centre will give an additional Rs 2 lakh ex-gratia to them.

While earlier civic officials said a single-storey house had collapsed, they later clarified it was a three-storey building.

Eight children and four adults, including a 60-year-old man, died, he said, adding that most of the deceased were from two families.

Hemant Parab, Mumbai fire brigade chief, told PTI that they found the 12th body while clearing the debris in the evening and identified the victim only as Sardar.

"We found one more body in the evening," Parab said.

He said though they have cleared most of the debris, the fire brigade's search and rescue operation was still on at the spot.

According to civic and fire brigade officials, some people might still be trapped under the rubble and so the search and rescue operation was still on.

The civic body said of the 12 people who died, nine were from a single family.

However, Joint Commissioner of Police (Law and Order) Vishwas Nangre Patil told reporters that the building was constructed illegally and had serious structural faults.

During cyclone Tauktae last month, the building suffered certain damages, he said, adding Wednesday's incident could have been averted if proper precautions had been taken.

Contractor Ramzan Shaikh (34), a resident of Malwani, was picked up by police after the incident for questioning and later placed under arrest, said Dilip Sawant, Additional Commissioner of Police (North Region).

After the tragedy, the Mumbai police are going to write to the state's public works department (PWD) to conduct a structural audit of all structures located near the collapse site, an official said late in the evening.

The incident occurred at Lokhandi Chawl in Shivaji Nagar area of Dahisar east around 6.35 pm, they said.

On being alerted, the personnel of fire brigade and other agencies rushed to the spot, the Brihanmumbai Municipal Corporation (BMC) officials said.

One person was rescued from the spot and rushed to Shatabdi Hospital in Kandivali, a fire brigade official said.

"However, doctors at the hospital declared that person, 26-year-old Pradyumna Saroj, dead before admission," he said.

Prime Minister Narendra Modi expressed grief at the loss of lives in the building collapse at Malwani and announced Rs 2 lakh ex-gratia each for the next of kin of the deceased from the Prime Minister's National Relief Fund.

In a condolence message from the prime minister, his office tweeted, "Pained by the loss of lives due to the collapse of a structure in Malad West, Mumbai. In this hour of grief, my thoughts are with the bereaved families. I pray that the injured recover at the earliest." A sum of Rs 50,000 would be provided to each of the injured, Modi said.

The Maharashtra government separately announced an ex-gratia of Rs five lakh each to the kin of those who lost their lives in the tragedy. It also said that the medical expenses of the injured will be borne by the government.

Chief Minister Uddhav Thackeray condoled the loss of lives in the incident and visited the Shatabdi Hospital in the city on Thursday to inquire about the well-being of the survivors, a statement issued by the chief minister's office (CMO) said.

As soon as Thackeray got information of the incident last night, he spoke to municipal commissioner I S Chahal and directed that the rescue operation be carried out in a careful manner and the injured be rushed to hospital and treated with government expense, it said.

Rafique Siddiqui, who stayed in the ill-fated building, survived the tragedy but lost his wife and eight other family members. The 45-year-old had stepped out to buy milk minutes before the building came crashing down.

When he came back, he found his world turned upside down as nine members of his family, including his wife, brother, sister-in-law and six children from the two families, died in the incident.

Another family member received injuries after getting trapped under the debris and was hospitalised, Siddiqui told reporters.

He is now left with his 16-year-old son, who also had a miraculous escape as had gone out to buy some medicine when the tragedy struck.

"I had gone out to buy milk for morning tea when the incident took place. I never knew the building was in a bad condition. My family members did not get any time to move out from the house when the building collapsed," he said.

Meanwhile, a local resident claimed most of the shanties in the area were set up illegally and later converted into three to four-storey structures without any permission from the civic body. 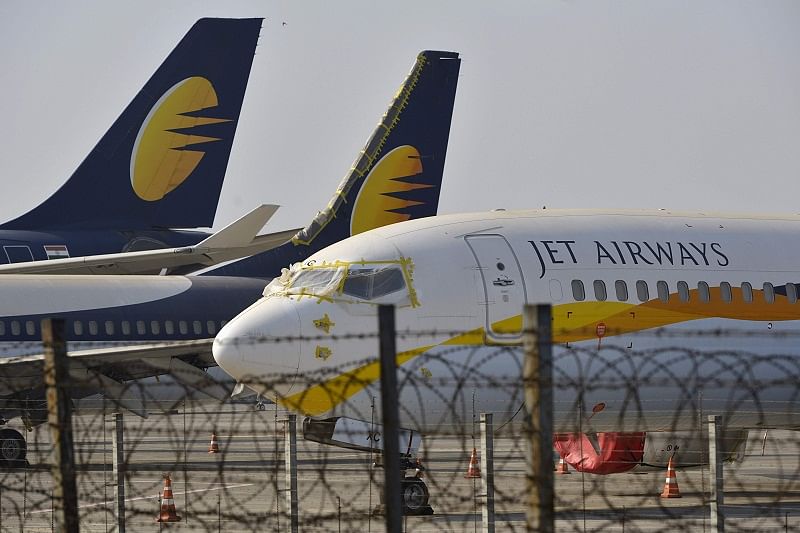