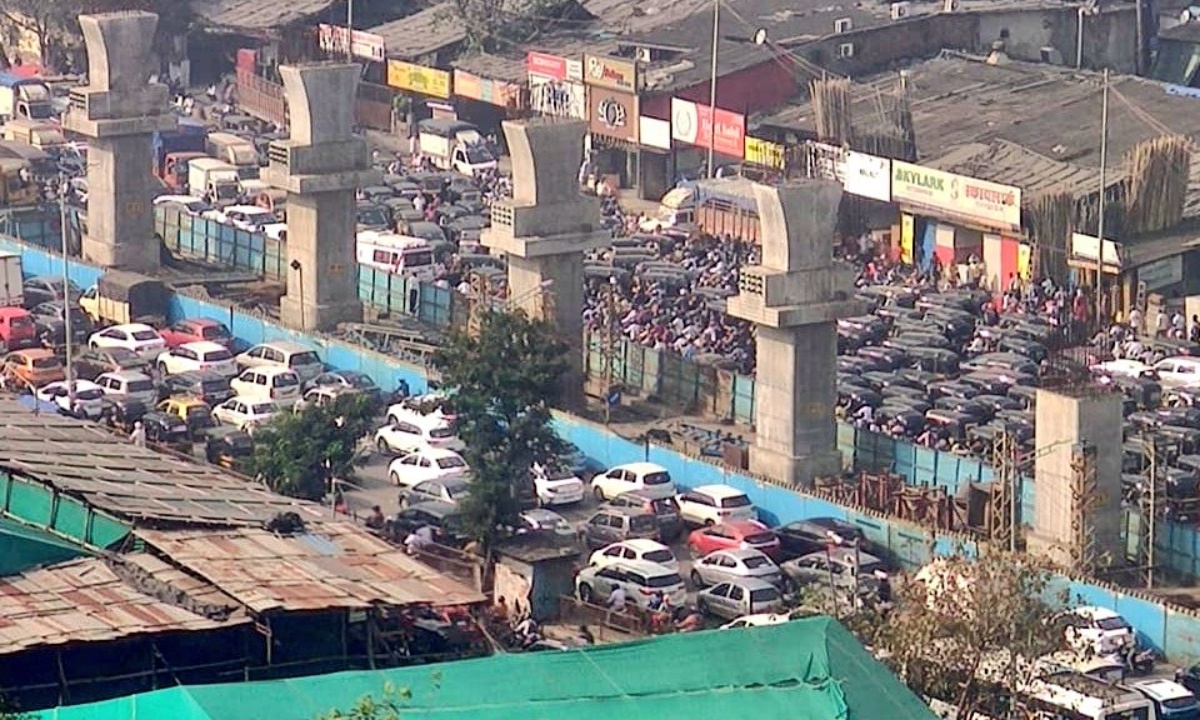 Picture of Dahisar toll Naka ,clicked by a Gulam M Shaikh , a Mumbaikar at around 10 am today. |

Though cash fines and punishment for different traffic violations have been increased from December one , the menace of wrong side driving continues to to plague city’s traffic flow and pose danger to motorists and pedestrians.

Transport experts and Mumbaikars feels that wrong side driving menace will need more check and strict action against the offenders.

"There is need for the traffic police to increase enforcement on serious offences like wrong side driving, signal jumping etc which can hurt unaware pedestrians and can cause serious fatal head-on accidents instead of focusing on minor offences like unauthorised parking, not wearing helmet or seat belt, not carrying documents etc" said AV Shenoy, Transport expert.

"Enforcement of road discipline should be a daily routine and not an annual or bi-annual affair during road safety weeks or fortnights" added Shenoy.

Not only Shenoy, common Mumbaikars are also fed-up with this menace.

Bertrand Dsouza, tweeted about this traffic jam with picture at 11.02 am on Wednesday. "What to say to this. Hundreds of rickshaws and 2-wheelers blocking the wrong side of the highway at the Dahisar toll booth, just because they can in this co untry! Nothing was wrong with the road. Over an hour lost for everyone, crores of fuel burnt needlessly. Criminal negligence" ( sic). His tweet was retweeted nearly a hundred Mumbaikars.

Speaking with FPJ , Dsouza said " This incident is a continuous affair at the Dahisar toll naka. And it takes place in both directions. Not only does this inconvinience motorists, but leads to tremendous loss of fuel, significantly increases pollution and also impedes movement of emergency and rescue vehicles, this is a massive bottle neck and solutions need to be applied"

Asked about pictures attached with his tweet, Dsouza said "This image was shot this morning at roughly around 10am by a colleague, Gulam M Shaikh who resides in one of the societies overlooking the Dahisar toll booth.

"No one fears traffic police! They should be allowed to beat the shit out of them as well! I have seen old people meet accidents although they were riding carefully! Thanks to careless and ignorant rule breakers! For the old, it is the last accident always! They won't drive again!” (sic) tweeted Yashraj Naik, an other Mumbaikar.

Earlier on the Wednesday morning Dahisar toll naka once again witnessed huge traffic, though as per sources initially it was caused by some VIP movement, but wrong side driving by rickshaws and bikers increased the congestion.

However transport authorities feel that every one seems to be in a hurry. "The problem is there is no patience even if there is block for a minute, people start driving vehicles on the wrong side of the road," said an officer state transport department.

“Though we are trying our best but, without active participation of common public its not easy to curb this type of problem,” he added. 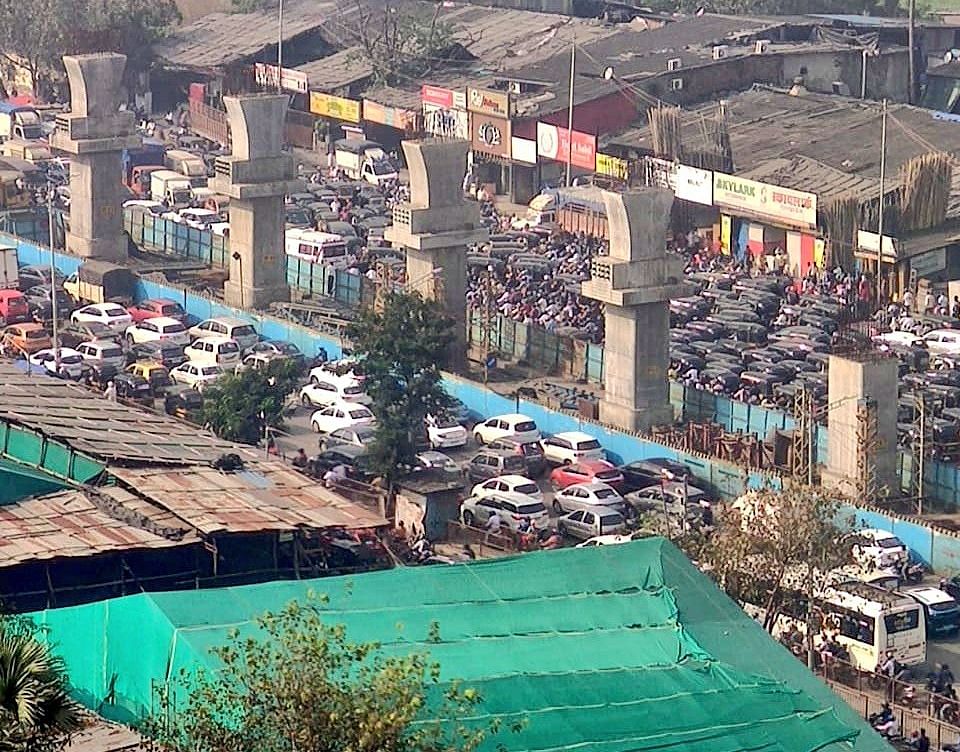 Mumbai: When will traffic congestion be reduced on Dahisar toll naka, here's what Aaditya Thackeray...