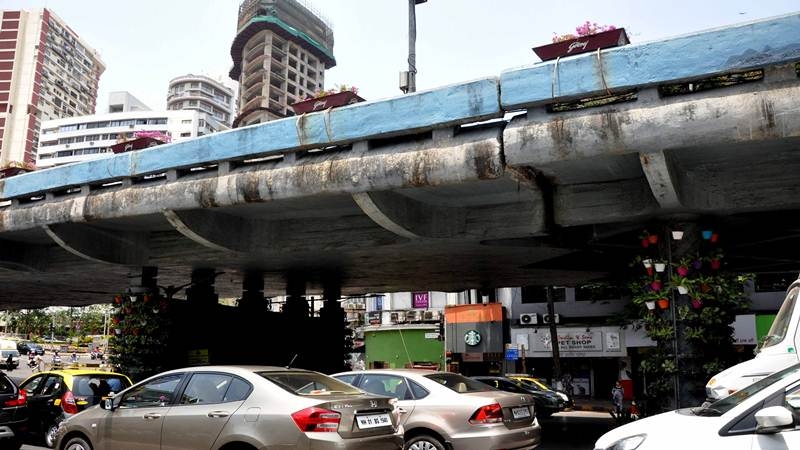 Residents living along the recently-opened Ghatkopar-Mankhurd flyover have complained of noise pollution due to heavy traffic and have demanded installation of sound barriers on the flyover.

The 2.9-km long flyover was constructed by the BMC and was inaugurated by Chief Minister Uddhav Thackeray on August 1. Motorists travelling from Eastern Express Highway and Santacruz-Chembur Link Road use this flyover to head towards Navi Mumbai, Lonavala and Pune. There are noise barriers installed in specific points of the flyover, however local residents have said that these are not adequate.

According to residents living close to the flyover, the noise caused by vehicles is causing them inconvenience at night. A resident of Mankhurd Mukesh Sahni said a delegation of residents had met senior engineers of the bridges department when the construction had begun four years ago. They had requested the authorities to install sound barriers on the flyover. “The officials had promised us that they would look into the issue. However, the bridge has been opened but the problem continues to prevail,” Sahni said.

Another resident, Vinod Jafferi, said often excessive noise is being caused by overspending vehicles who honk unnecessarily. “The authorities should have erected a no-honking board or should have installed speed regulatory meters on the bridge as a precautionary measure. There are many buildings near the flyover and noise pollution is causing inconvenience to us,” said Jafferi.

Meanwhile, residents said they approached the elected public representatives and have sought appointment from the administration for immediate intervention.

BJP corporator from Ghatkopar and spokesperson of the party in the BMC Bhalchandra Shirsat said additional sound barriers may be installed if the problem continues after heavy vehicles are allowed in the flyover.

According to BMC officials, heavy vehicles are not allowed on the bridge due to high-tension wires. “Currently, only lightweight vehicles are plying on the flyover. Before they start allowing heavy vehicles, action must be taken,” Shirsat said. A senior engineer of the BMC’s bridges department said that noise barriers are installed if there are residential buildings within 30 metres of the flyover and also said that barriers have been installed here at places where there are residential buildings.

“This is a 2.9-km bridge, and installing noise barriers all throughout the bridge will become a costly affair. We have installed barriers in spots where there are residential buildings nearby," said the engineer.