From road repairs to waterlogging, from nullah desilting to mosquito menace, from tree trimming to drain works; FPJ gives you an inside view of how (un)prepared the city is for this monsoon

While the monsoon is yet to officially hit the city, several areas witnessed water-logging and long traffic jams after only moderate showers last month caused by Cyclone Tauktae. The Brihanmumbai Municipal Corporation (BMC)'s pre-monsoon preparations failed to inspire confidence last month, raising concerns about how prepared Mumbai is for the coming monsoon.
The Free Press Journal takes a close look at the quality of the city's pre-monsoon preparations, such as crucial nullah de-silting and road repair works that the BMC is expected to carry out across the city, with a special focus on the measures in place at chronic flooding spots.
According to BMC officials, the civic body’s major infrastructure works like road repairs and construction, repair of stormwater drains and flood-mitigation works and nullah cleaning was scheduled to be completed before the first week of June.

After the July 26, 2005 deluge, the BMC started working on the 'BRIMSTOWAD' (Brihanmumbai Stormwater Disposal) project which aimed at curbing flooding in Mumbai by widening stormwater drains or nullahs to enable rainwater to flow out to the Arabian Sea.
Projects like the construction of underground water storage tanks to abate flooding at Hindmata, another work of widening of drains is on at Gandhi Market are currently on BMC's priority list. These two spots are worst affected in every monsoon as they get flooded quite fast.
“We have completed more than 60 per cent of the physical target of all the stormwater drain widening and repair works and the remaining work will be done by June 7. Everyday monitoring is being done," said P Velrasu, Additional Municipal Corporation (Projects). He added that they have also taken up several works to ensure that there is no flooding at subways in western suburbs.
The unprecedented rains last year leading to heavy water logging, especially in south Mumbai, has prompted the storm water drains department to re-study the chronic flooding spots like Nana Chowk, Lalbagh, Parel, Hindmata and Byculla etc under BRIMSTOWAD. "We have completed a majority of work under this, and for those ongoing currently, we are working on a war footing to complete them," said an official from the storm water drains department.

For Mithi river and major nullahs, 89 per cent pre-monsoon silt has been removed till May 28. According to BMC, the cleaning and desilting of major nullahs alone in the city has been completed up to 68 per cent. As per the norms, before monsoon hits the city, the BMC is supposed to finish at least 75 percent of nullah desilting and cleaning, 10 per cent during monsoon and the remaining 15 per cent after the monsoon.

"By June 7, the majority of work that is needed to be completed will be done. We are on track," said a senior BMC official.

Road repair for seamless traffic
According to the BMC data, currently, 368 road repair and reconstruction works are ongoing across the city. Of these, the BMC has finished 211 road repairs by May 31, while the remaining 157 road works will be brought to a safe stage so that during monsoon it does not cause inconvenience to traffic.

The BMC every year aims to finish the pre-monsoon infrastructure work by May 31. For roads and nullah works, the deadline is June 7, even this year the deadline for these works is the same, civic officials said.

Chronic flooding spots in the city
Waterlogging in several areas of Mumbai following heavy showers caused by Cyclone Tauktae has yet again raised doubts over the civic body’s preparedness to tackle the upcoming monsoon. In 2020, Mumbai received 64 per cent more rainfall than the average.

According to civic officials, the work on cleaning nullahs and clearing of silt had begun in October 2020 as the administrative procedures for issuing tenders were completed earlier. In 2020, a total of 5,04,125 metric tonnes of silt were removed from nullahs and rivers within the city and in 2021, the civic body has projected to increase it by 35 per cent. “We have achieved more than 80 per cent of the target,” the official said.
An official from the BMC’s stormwater drain department said that 406 spots had been identified as waterlogging spots across the city and work on these spots are currently going on.
He further said that underground water tanks at Hindmata and Gandhi Market, the two spots which are infamous for flooding every year, were being constructed which would store water from these low-lying areas and later it would be released in the sea. “The civic body has also rented 470 pumps to drain out water. And as far as waterlogging spots are concerned, even if water accumulates after heavy rains, it recedes in a very short time. Many spots have already been addressed and fixed,” the official said.
However, there was waterlogging reported in over 20 places in the city. Areas such as Hindmata, Mahalaxmi Junction, Nana chowk, Sakkar Panchayat Chowk, Dadar TT, Worli SIES Sion, Bindumadhav Junction, Pethe Bapuro marg - Grant road, Chandan street at Masjid under road, Shankar Bari lane, Chirabazar, 56 Modi street in Ballard Estate, J Road junction, B DD chawl, Amrutwar marg, Andheri subway, Oshiwara bus depot, Sainath Subway, Lokhandwala lane- Andheri west, Malvani gate no. 6, Yogi Nagar in Borivali, Yashwant Nagar - Vakola east. were flooded after intense spells throughout the day on May 17.

During monsoon the number of mosquito breeding spots increase drastically. However, to prevent this, the BMC's insecticide department starts a combing operation from January, to destroy the source of breeding before monsoon. Between January 1 and May 25, 2021 the civic insecticide department visited total 20,580 compounds/ terraces etc of suspected spots, where they checked 1,20,271 containers, drums etc of this total 1,859 breeding spots of ''Anopheles stephensi'' mosquito that causes malaria was found and destroyed. During the same period, 39,85,038 places in slums were visited by the team and 42,69,483 containers and drums were checked of these 11,688 breeding spots of "Aedes aegypti'' mosquito that causes dengue were found and destroyed.

"The pre-monsoon combing operation for mosquito breeding spots starts from January and goes on till May. Then the second drive begins from June 1. So far we have already started the monsoon combing operation in 18 of the total 24 wards, by June 7 we aim to start the work in all 24 wards," said Rajan Naringrekar, civic insecticide officer (Expert).

According to Naringrekar, so far they have issued notices to 3,610 people/premises after breeding spots were detected in their premises of which 171 have been prosecuted. "Those prosecuted have to pay a fine of Rs 2000 to Rs 10,000," added Naringrekar. He added, "This year between April 22 to April 27 we carried out a special campaign of combing operations at all the Metro construction sites. Construction sites have high chances of becoming breeding spots. There are currently around 93 locations of Metro construction that we checked including those underground. We have issued 142 notices to make rectification, we will check them again after June 7 or take action."

Despite an active annual tree pruning and maintenance exercise carried out across the city, the number of trees and branches that fall every year during monsoon are alarming. According to data shared by the Disaster Management department last year, it had received,, on an average, over 3,000 tree fall complaints each year for the last six years.

The disaster management department received over 24,000 complaints pertaining to falling of trees between 2015 to 2020. During this time total 34 people were killed in these tree fall accidents, over 200 people were left injured. As many as 2,364 branches and trees were damaged in the metropolis in the three days – from May 16 to 18 – when the Extremely Severe Cyclone Tauktae brushed past the Mumbai Coast, with wind speed reaching up to 114 km/hour. Of these total, 812 trees were uprooted, while 1,552 trees lost their branches. The total number of trees that fell during the three days was substantially higher than the total tree-fall complaints that the BMC deals with during the four-month monsoon season. 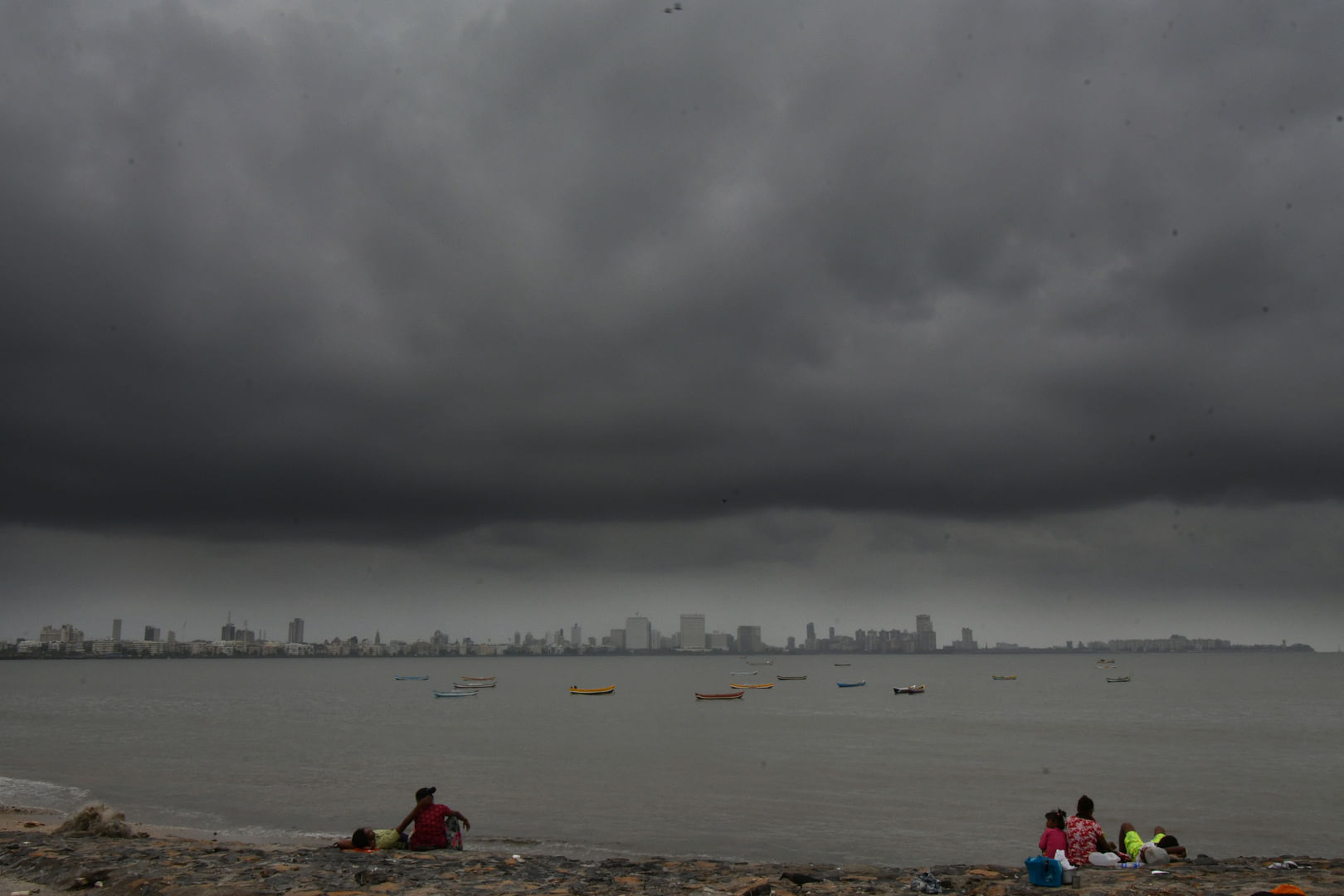