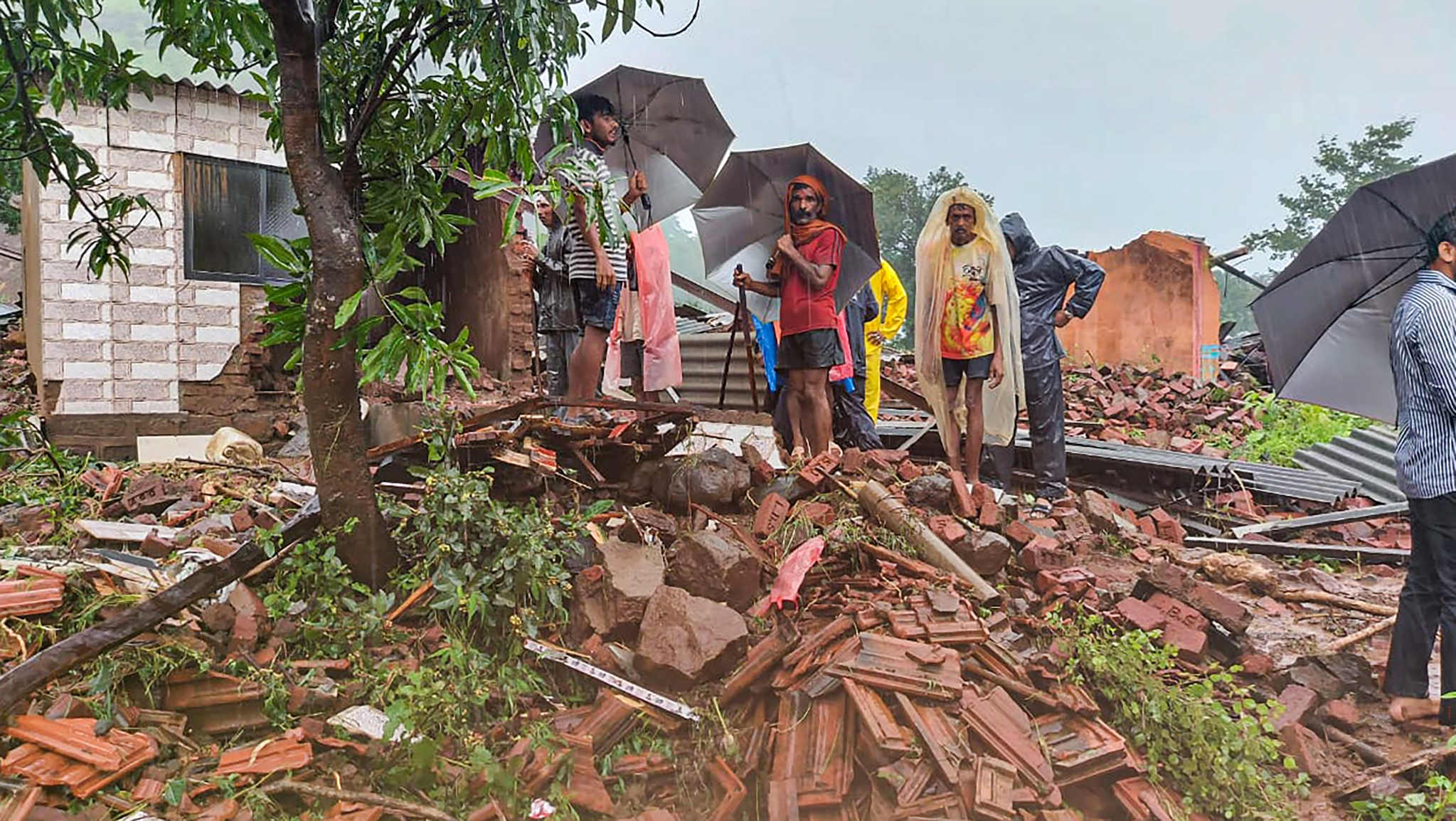 For Pratibha Kondhalkar, it was like a bolt from the blue when she heard a loud sound and ran out of her house, along with her six-year-old daughter after heavy rains pounded Taliye village in Raigad district a few days ago.

She later learnt that it was a landslide, which flattened 32 houses in the village and claimed several lives.

“My father, mother and other relatives died in the landslide,” the distraught woman said on Sunday.

Kondhalkar said she had recently come from an adjoining village to live with her parents in Taliye. So far, 42 bodies have been found, following the landslide here on Thursday, while 42 others are still missing. According to some locals, 10 pre-primary school children and 12 high school kids also died in the landslide.

“The school building is safe, but now there are no students left to attend school,” said a villager.

Amol Kondhalkar, who works in the armed forces, said his father, mother and wife are missing.

“I arrived here yesterday after receiving the news of the incident and have been searching for them ever since,” he said.

Meanwhile, in Hirkaniwadi village, near Raigad Fort, around l00 houses developed cracks after a landslide took place on Saturday.

Besides, a landslide was also reported in Ambemachi village in Mahad taluka of Raigad on Saturday, following which 87 villagers were rescued by the National Disaster Response Force (NDRF).

There has also been shortage of drinking water in Mahad taluka following the landslide. Some social groups have been sending essential items to the affected areas.

As landslides proved fatal in many parts of the state, the government will come up with a plan to permanently relocate people living in these areas, Chief Minister Uddhav Thackeray told reporters in Taliye village on Saturday.