Imran, a resident of Andheri East, was handed over the GRP. His modus operandi was to dress up like a typical local commuter and stealthily follow his 'target', said a senior railway official. 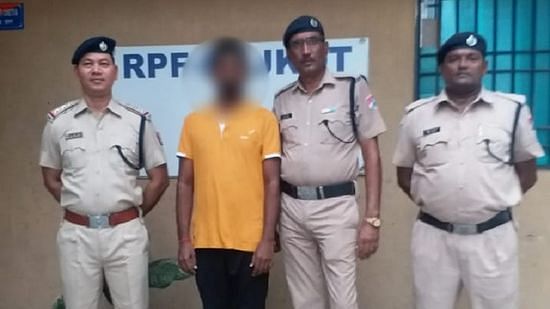 In most cases, he would target passengers while boarding or deboarding from trains. He was nabbed on September 11 when he was on the hunt for his latest victim at Andheri station.

A passenger at Andheri reported a theft of a mobile phone worth Rs 19,999 on August 29. Another case of wallet theft was reported on September 10 at the same place.

The Railway Protection Force (RPF) inspected the CCTV footage of both cases and found the same suspect involved in both the cases.

The probable locations were kept under surveillance and the accused was nabbed and brought to RPF post where he confessed to his crimes. Investigations revealed that 15 more cases of phone and wallet thefts were already registered against him in different GRP police station as well as city police, officials said.

"The RPF Mumbai Division Western Railway is working tirelessly under operation Yatri Suraksha to provide safe and secure environment to Railway passengers. In the current year, RPF has apprehended 387 thieves and 27 robbers in railway area," said a senior officer of WR, adding that WR’s RPF personnel are always at the forefront to protect and secure the lives of passengers.