Mumbai: Actor Naseeruddin Shah while talking at an event to remember Padmashri Dr Narendra Dabholkar said that he was proud that he lived in his era and with time the late rationalists work and impressions were only getting darker instead of getting wiped out. Read Also
Dabholkar Murder Case: HC to decide whether bail plea to be heard by single judge or division bench 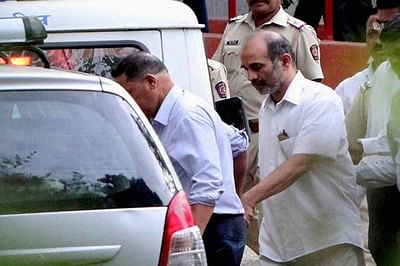 'His impressions and work are getting darker with time..'- Shah

The event was organised by a group that called itself 'Friends of Dabholkar' to mark his upcoming birth anniverssary on November 1. A rationalist who worked to eradicate exploitation, Dabholkar was shot dead in 2013 and his case is yet to be cracked.

"Instead of getting wiped out, his impressions and work are getting darker with time. I am proud to have lived and breath in the era of Dr Narendra Dabholkar, M M Kalburgi, Pansare and Gauri Lankesh who spoke the truth," said the veteran actor. Among other speakers were Dr Shaila Dabholkar, wife of Dr Dabholkar, and advocate Abhay Nevgi who is fighting Dabholkar's case. Shah lamented that many who spoke truth similarly were languishing in jail and did not know for how long will they be doing so.

"I came to know about Dr Dabholkar after his death. The faith he had in his beliefs were more dear to him than his life," said Shah.

Before speaking, Shah took a tour of the art exhibition put up on Dr Dabholkar and the work done by the students of Sir J J School of Arts.

"On November 1, he would have turned 77. Dabholkar was killed in 2013 but his case is going nowhere. He was killed for his thoughts and we wanted his work to reach the younger generation. Through them we created his work," said Sanyogita Dhamdhere, from 'Friends of Dabholkar'.

Advocate Nevgi said that each time he felt he was close to success, the case would go back to the starting point. "The CBI said that they would be sending bullets to Scotland Yard. For months they waited and then said there is no treaty between the Government of India and the US. I have had fights with public officers and judges, I lost clients, but I am not going to give up," said Nevgi.

Dr Shailatai who supported her husband by being the bread winner in the family reminisced about her husband's capacity to fight and win. "Dr Dabholkar always said Vichar (thoughts) needs Kruti (action). He was always willing to fight," said Dr Shailatai. 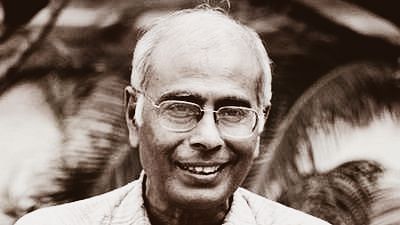