The port trust’s official website is www.mumbaiport.gov.in. On September 13, Mr Rao, who is also the complainant in the case, learnt that one Dilip Shukla had filed a complaint for not getting a receipt despite having paid on www.mumbaiporttrust.in.

A fraud targeting aspirants applying for jobs with the Mumbai Port Trust (MbPT) was recently exposed after a flux of enquiries was received by Joint Director VBSV Rao. A First Information Report (FIR) has been filed at MRA Marg police station. As per preliminary probe, the MbPT website was cloned to dupe people of a “nominal sum” via virtual modes for a job at the Centre-run port.

Mr Rao said, “On receiving complaints, we checked the fake website and found that it looked quite similar to ours. Based on this information, we approached the police.”

The port trust’s official website is www.mumbaiport.gov.in. On September 13, Mr Rao, who is also the complainant in the case, learnt that one Dilip Shukla had filed a complaint for not getting a receipt despite having paid on www.mumbaiporttrust.in. Mr Shukla had also enquired if the said website was a genuine one and requested the MbPT to verify it. A couple of days earlier, one. Sudhanshu Ranjan had informed via email that a similar looking website of the MbPT had been active and had been publicising a recruitment drive, the police said. He also mentioned in his email that an amount of Rs1,000 was being sought from job aspirants.

MbPT Chairman Rajiv Jalota also received an email from one Adil Shaikh, who said he got a message about a job vacancy at MbPT with a link redirecting him to a private e-payment gateway. As he was aware that no government organisation accepts payment through a private gateway, he requested the MbPT to look into the matter. As per the MbPT, www.mumbaiporttrust.in is a bogus website with no relation with the MbPT.

A case has been registered by the police under sections 420 (cheating and dishonestly inducing delivery of property) of the Indian Penal Code and section 66D (cheating by personation by using computer resource) of the Information Technology Act.

MbPT officials said they have now posted a warning sign on their homepage informing people that they never ask for any payments and not to fall prey to any recruitment fraud. The Free Press Journal on Tuesday also brought it to the notice of the MbPT that the home page is down, with visitors getting a message ‘INVALID ACCESS’. This probably makes people believe that the fake website is the official portal. Later in the evening, the MbPT website got functional. 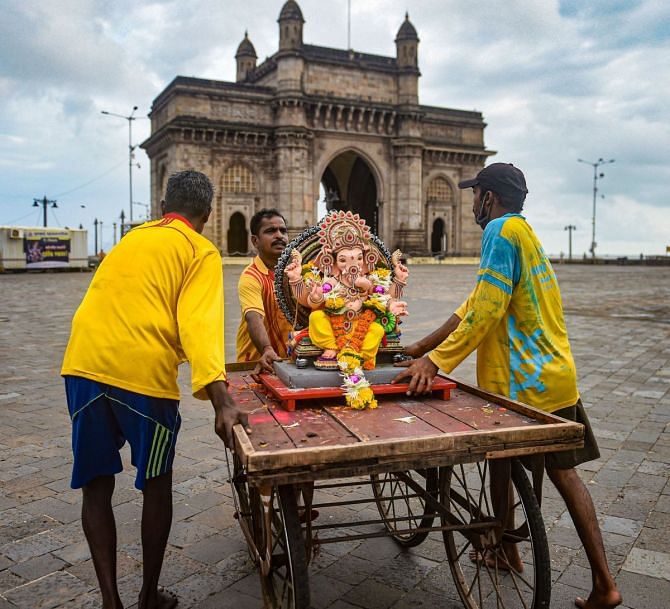