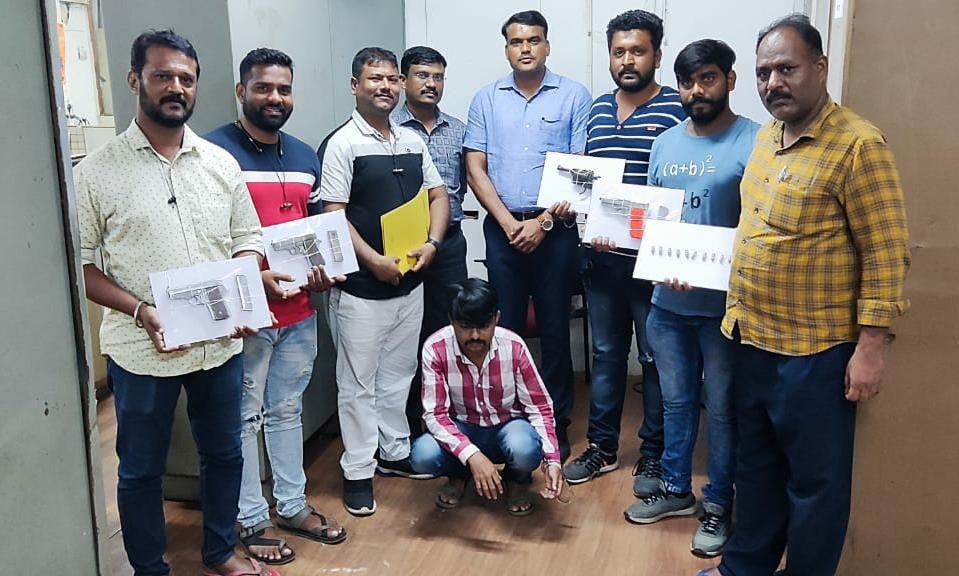 Mumbai: The officials of the crime branch unit 10 arrested a 38-year-old man with three factory-made auto-lock pistols and one revolver along with ten live rounds intended for sale. The accused Ashok Dattatreya Kasole was apprehended from Andheri Metro station, he has been booked under relevant sections of the Indian Arms Act.

According to police sources, they had received a tip-off that an illegal sale of arms was to happen near Govindwadi in Andheri (E) and subsequently, a trap was laid on Saturday evening. While the police lay in wait, a pedestrian, who was moving suspiciously, stopped near Guru Nanak petrol pump and was waiting for someone.

As the man was matching the description of the suspect mentioned in the tip-off, the police intercepted him and while frisking, he was found in possession of three factory-made auto-lock pistols worth ₹50,000 each, one revolver valued at ₹40,000 along with 10 live rounds valued at ₹10,000, making a total recovery of ₹2 lakh, in a bag. The man was immediately apprehended and booked under Arms Act.

Further probe revealed that the arrested accused, a resident of Navi Mumbai, was earlier booked in seven cases at various police stations for molestation, extortion, theft, assault, POCSO charges, and possession of illegal arms. He was produced before a local magistrate court on Sunday and remanded in police custody for further probe.