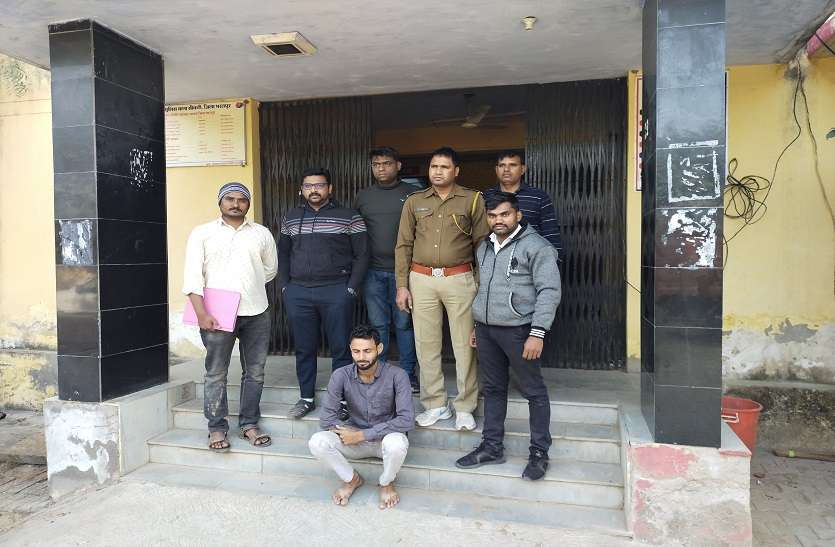 Mumbai Crime Branch's Cyber Cell arrested a man from Bharatpur, Rajasthan who blackmailed a Shiv Sena MLA from Mumbai in the guise of a girl. He made an obscene video while talking to the MLA on a video call and then started blackmailing him, police said on Tuesday.

The man demanded Rs 50,000 from the MLA and threatened to make the video viral if the money was not given to him.

The accused has been identified as Din Mohammad Mev, the police said.

The arrested accused is a resident of Teski village in Bharatpur who has been handed over to the Cyber Crime team, which had come from Mumbai to trace the case, said Bharatpur Superintendent of Police (SP) Devendra Kumar Vishnoi.

Vishnoi said, "Mangesh Kudarak, MLA from the Kurla Assembly constituency from Shiv Sena party received a call from Mausamdin who sought help from him by making a video call to him.

"In the meantime, by showing obscene videos, he made a video of it through the video recorder app. After making the video, the accused started blackmailing the MLA who then filed a complaint at the Kurla police station in Mumbai," said Bharatpur SP Devendra Kumar Vishnoi

After registration of the case, the Mumbai Cyber Crime Police traced the location of the accused using modern technology and came to Bharatpur district of Rajasthan and sought help from SP Devendra Vishnoi.

On the instructions of SP Vishnoi, Sikri police station officer Puran Chand and Mumbai team's police inspector Khetre planned a strategy to nab the accused from his village. They raided his residence, caught the accused who was taken to Mumbai with the Mumbai Cyber Crime team on Monday.

Thane: Couple found hanging in their house in Ulhasnagar township