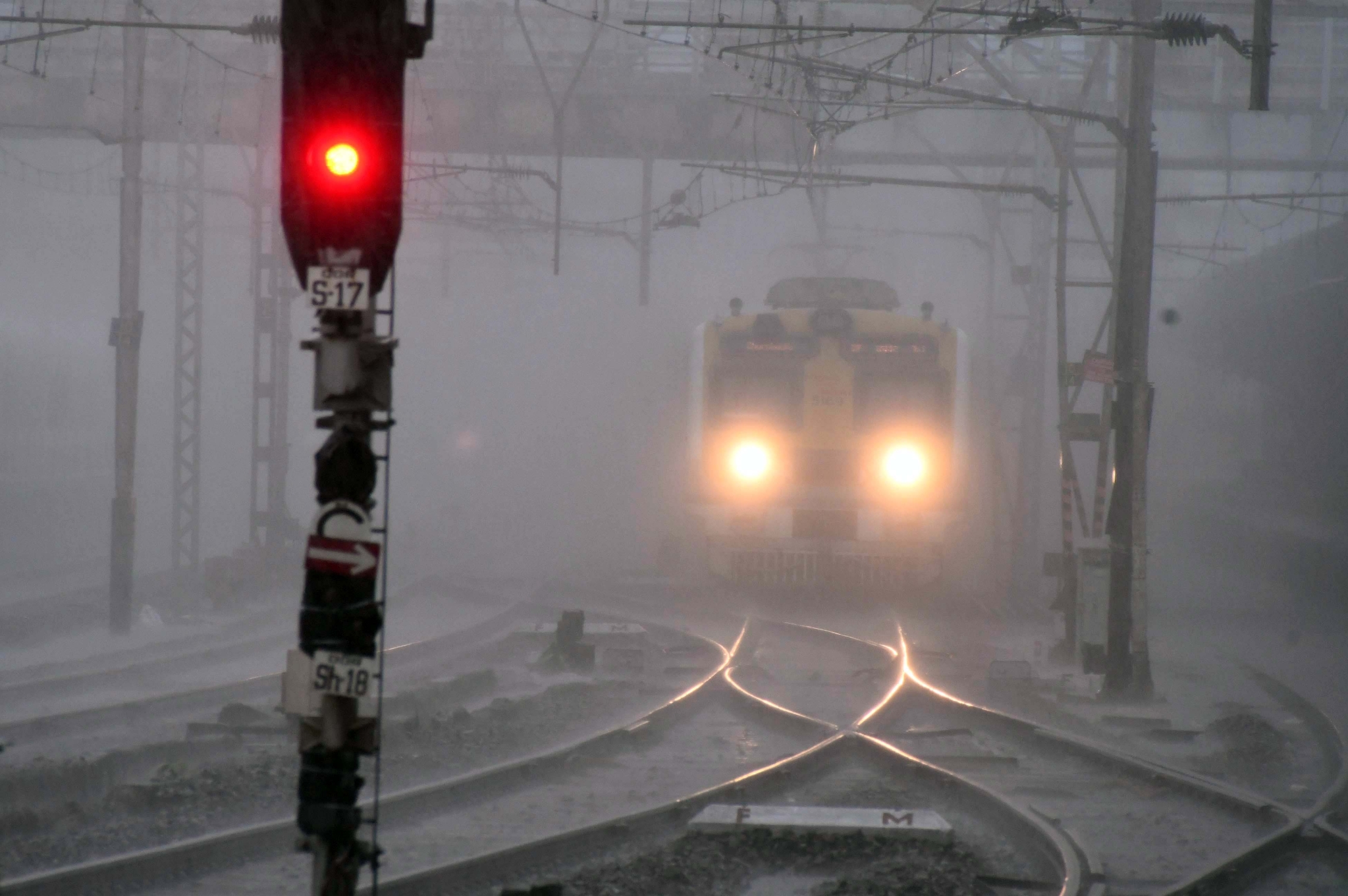 Trains on both Western and Central line in Mumbai are running on all corridors without any disruption.

Taking to Twitter, Western Railway wrote, "Trains are running on WR Mumbai Suburban network without any disruption. In view of high tide of 4.26 mtrs at 12.17 hrs and forecast of heavy rainfall, Railways is on alert mode and monitoring the situation closely."

While the Central Railway update read, "Trains are running on all corridors. There is high tide of 4.26mtrs at 12.17hrs and forecast of heavy rainfall. Railways have kept all machineries on alert mode and monitoring the situation closely."

The trains between CSMT-Thane and CSMT- Vashi, CSMT-Bandra/Goregaon were halted due to waterlogging on tracks at Kurla-Sion and Chunabatti stations.

On Wednesday morning, Mumbai local train services were suspended between some stations as a precautionary measure.

Due to heavy rains and waterlogging near Chunabhatti station, train services on the Harbour line between CSMT and Vashi were also suspended from 10.20 am.

The IMD has forecast heavy to very heavy rains in Mumbai, Thane, Palghar, Raigad, over the 3-4 days and the state has geared up all agencies to combat any situation.

Meanwhile, fifteen National Disaster Response Force (NDRF) teams have been positioned in various parts of Maharashtra in view of the prediction of heavy rains in certain parts of the state, the force chief said on Thursday.

Four teams have been based in Ratnagiri, two each in Mumbai, Sindhudurg, Palghar, Raigad, Thane and one in Kurla (east Mumbai suburb), NDRF Director General S N Pradhan said in a tweet.

He said the teams are being pre-deployed or positioned at these locations on the request of the state government that acted in response to the prediction of heavy rains made by the India Metrological Department (IMD).

An NDRF team usually has 47 personnel and they are equipped with inflatable boats, wood and pole cutters and basic first aid kits to rescue rains and floods affected victims and launch relief operations.

Heavy rains lashed Mumbai and its suburbs on Wednesday, causing flooding on roads and rail tracks and disrupting suburban train services as the southwest monsoon arrived in the city.