Mumbai: If Sushant Singh Rajput didn't commit suicide, then CBI should tell who is killer, says NCP on SSR death anniversary | File Pic
Follow us on

As today marks the first death anniversary of Bollywood actor Sushant Singh Rajput, the Nationalist Congress Party (NCP) on Monday hit out at CBI saying - if Sushant Singh Rajput did not commit suicide, then the CBI should tell us who is the killer.

The 34-year-old actor was found dead in his Mumbai residence on June 14 last year.

NCP spokesperson Nawab Malik, while talking about the case, also accused the BJP of discrediting the Maharashtra government in the case as it wanted to get votes in the name of Sushant Singh Rajput in the Bihar assembly election.

On the occasion of the first death anniversary of Bollywood actor Sushant Singh Rajput, Congress has questioned CBI's silence and asked when the agency will declare the final conclusion in the case.

Taking to Twitter, INC's Sachin Sawant wrote, "It's been a year today since the unfortunate death of Sushant Singh Rajput, 310 days since CBI started the investigation and 250 days since AIIMS panel ruled out murder. When will CBI declare final conclusion? Why CBI has kept a lid on it? CBI is under immense pressure from its political bosses (sic)."

"Similarly when Antillia plot was hatched by officers including Vaze who all are from then Mumbai CP office, why is NIA not able to nab mastermind? Is this protection part of some deal? Why Parambir Singh is not being interrogated? Why NIA asks more time in court & does nothing," added Sawant.

Sawant also said that Param Bir Singh's unsubstantiated allegations were given more value than circumstantial evidences in the Antillia case to divert the attention of people.

Sushant Singh Rajput was found hanging in his Bandra apartment on June 14, last year. The actor's death has led to a series of developments including a Central Bureau of Investigation (CBI) probe, a probe into the alleged drug nexus in Bollywood by the Narcotics Control Bureau (NCB).

The Central Bureau of Investigation (CBI) is probing Rajput's death, with the Enforcement Directorate (ED) and the Narcotics Control Board (NCB) investigating money laundering and drugs-related angle in the case. 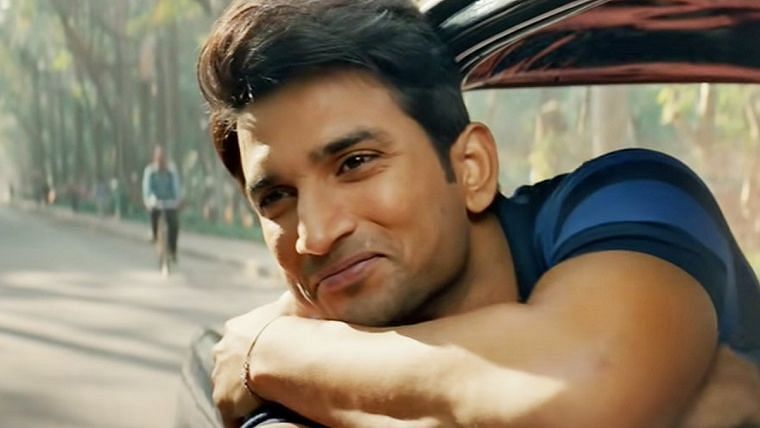