25-year-old Aditya Dube, a resident of Andheri, was the one who sent the first tweet, raising an alarm to the Mumbai Police, about the matter.

In this age of digital technology, it is interesting to see how a social media live-streaming bridged the distance between people, so much so that one could come to rescue another – simply based on the real-time footage. In the case where the South-Korean national was sexually harassed by two men in Khar, one tweet from her viewer literally saved her from further danger.

25-year-old Aditya Dube, a resident of Andheri, was the one who sent the first tweet, raising an alarm to the Mumbai Police, about the matter. The victim in the case, a 24-year-old, during the incident was live-streaming and fortunately enough the entire act of the two arrested accused troubling her was recorded.

She was streaming on a platform called Twitch on Tuesday night, which is an American video live-streaming service, of which Aditya is also a part. “I got to know about her (victim) coming to Mumbai for a visit, a couple of days before she arrived. Interestingly, since she was popular and we happened to meet during an event at Gateway of India,” explained Aditya. He further continued that they have been chatting for some time, through the streaming platform. “When the horrific incident happened, I witnessed the entire thing there. At Twitch, there is a clipping feature where we can ‘clip’ the video from the live streaming, which I did, and asked her if I can post it on Twitter. The idea was to hold those guys accountable for their actions,” he added.

After Aditya posted the video on Twitter, the Mumbai Police immediately contacted him, asking for basic details and contact information – about him, and the victim. Aditya who used Mumbai Police’s Twitter assistance for the first time, said, “It was my first time, and I didn’t expect to get a response at such speed. I’m happy with the service they are providing for the citizens.” 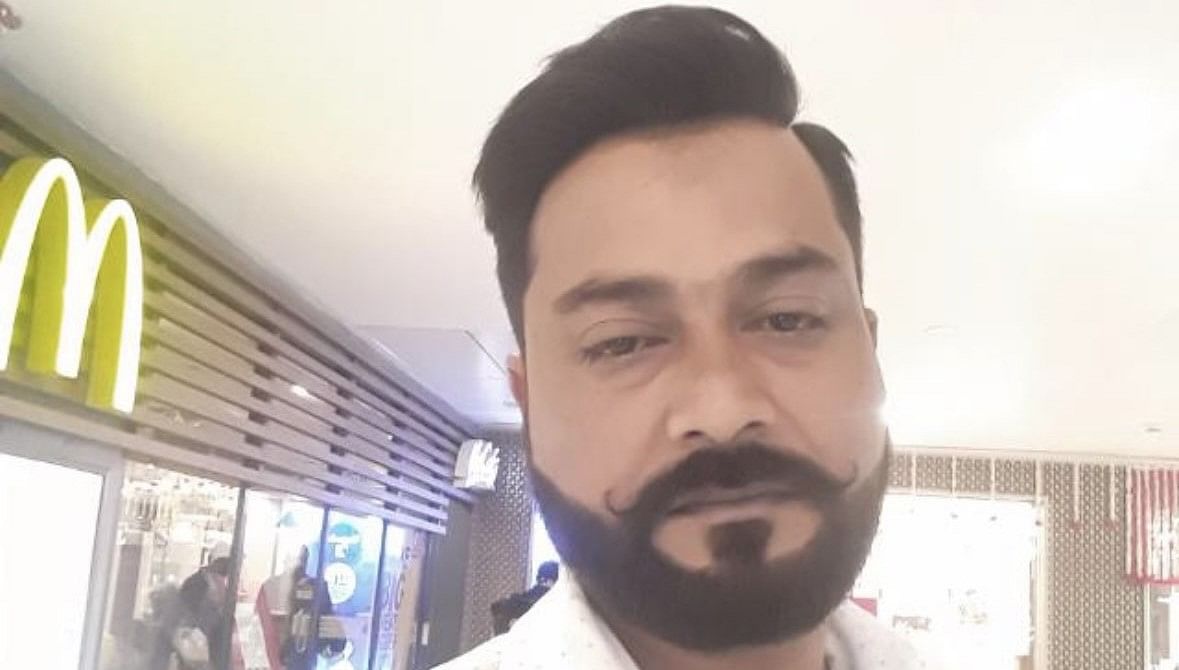 Meanwhile, going back to that unfortunate night – there is Atharva Tikkha, another 25-year-old aspiring Chartered Accountant, who “based on a hunch” reached the place where the two accused were harassing the victim.

“Before she (victim) left the restaurant, she met me and we had a good chat then she told me that she is going towards another restaurant. During the conversation she had mentioned that she is streaming everything live but I could not see it, I was a little late to join. Later, somehow, something made me think of her after which I decided to simply check on her. And when I reached the place, I saw the two men harassing her,” explained Atharva, a resident of Khar.

Interestingly, the two accused in the case – identified as Mobeen Chand Mohammed Shaikh, 19, and Mohammed Naqeeb Ansari, 21, got intimidated when Atharva started interfering in the matter. “I asked them to stop harassing her and after which they took me to another side of the road and asked me how I am related to her and all kinds of stuff. It was a non-violent conversation that I had with them, and then they left. Seeing me, she was kinda relieved,” said Atharva.

On Friday Aditya was asked to visit Khar Police station by the police, in order to record their statements. Aditya also provided them details about the live streaming platform, Twitch, as it’s relatively not popular in India yet, except among gamers and content creators.

Both Aditya and Atharva feel that Mumbai Police has done a swift job, to assist and cooperate in the matter.

In the incident, the woman, the victim, is a budding gamer and a content creator who has come to India for travel and exploration. She has been in Mumbai for over three weeks. In the video, which was recorded through live streaming, both are seen approaching the woman repeatedly. At one point, after cornering her, one grabs her hand as she starts walking away and pulls her towards the bike that the duo is riding. Both make catcalls, poke fun at her accent, and urge her to sit on their motorcycle.