HomeMumbaiMumbai: Five times when the Ambanis were sent death threats

Calls received by a hospital run by the Reliance Foundation threatening to kill Mukesh Ambani and his family members were the latest of the threats received by the billionaire industrialist.

Mumbai Police on Thursday arrested Rakesh Kumar Mishra (30) from Darbhanga in Bihar for allegedly making calls to Sir H N Reliance Foundation Hospital here in the last two days, threatening to blow up the hospital and kill Ambani, his wife Nita and sons Akash and Anant.

The caller had also threatened to blow up Antilia, the famous south Mumbai residence of the Ambani family on Altamount Road in South Mumbai .

According of the city police, this is the second instance of Ambani family getting threats on the hospital landline number.

Here's a look at threats received by Ambanis in the past:

On August 15 this year, the hospital had received at least nine calls threatening the Reliance Industries chairman and his family members, said an official.

Bishnu Vidu Bhoumik (56) was arrested in connection with the calls.

Mumbai Police has increased the security outside Antilia following a tip given by a taxi driver about a possible threat, but investigation found there was no such threat.

On this day, an incident involving threat to the rich family earlier in 2021 made national headlines and shook the state government. An explosive-laden SUV was found parked on Carmichael Road in South Mumbai, near the Ambani residence. 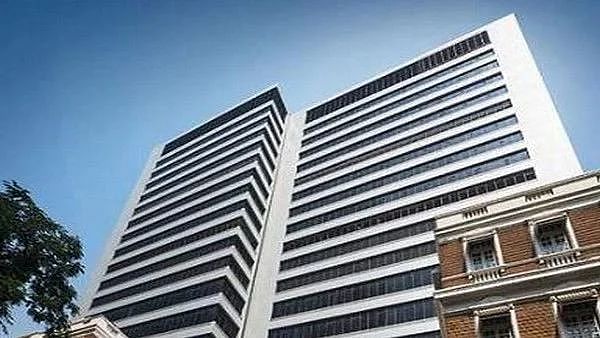 Police recovered a printed threat note inside along with gelatin sticks. The note this was only a "trailer" and there would be assembled explosives next time instead of just loose sticks.

Mansukh Hiran, a Thane-based businessman, told police the SUV had been stolen from his possession.

But the matter took a grim turn when Hiran was found dead in a creek in Thane a few days later, and an Assistant Inspector of Mumbai crime branch, Sachin Waze was arrested for alleged involvement in parking the SUV near Antilia and also for Hiran's murder.

The affair also led to Mumbai Police Commissioner Param Bir Singh being shunted out. An angry Singh then accused then home minister Anil Deshmukh of asking police to collect money from bars in Mumbai; Deshmukh subsequently resigned and the CBI registered a corruption case against him.

A letter sent in the name of terror outfit Indian Mujahidin was delivered to Ambani's Maker Chambers office in Nariman Point area. It threatened him for supporting then Gujarat Chief Minister Narendra Modi.

Mukesh Ambani's younger brother and industrialist Anil Ambani was in news for reason related to security in 2009 when pebbles were discovered in the fuel tank of his chopper. It was suspected that it was a sabotage attempt.

Mukesh Ambani currently has a Z-Plus security cover, provided by the Central government. The Central Industrial Security Force provides security to his residence.