The Deonar police arrested two people and are in search of other two who assaulted a 19-year-old and his father. The police said the accused after assaulting also fired two round in air.

The incident took place on January 5 at 9:30pm near Dr Zakir Hussain Nagar,Ghatkopar-Mankhurd link road, in front of JK wooden box, Govandi. Saif and father owns JK wooden box shop. "In their complaint, they said the accused were demanding cash from them to run the shop. However, they filed a written complaint and also installed CCTV footage and denied any demand of money made to them," said a police officer.

The police said the four accused to take revenge reached the spot and assaulted Saif, his father and his cousin with a sword and a bamboo stick. "One of the accused ran away and came back to fire two rounds in the air and create fear among the public. The fire round didn't hurt anyone," said a police officer.

S. Agawane, senior police inspector, Deonar police station confirmed about a case registered under section 307, 386, 387, 143, 144, 148 and 149 of the Indian penal code, relevant section of the arms act and the Maharashtra police Act. "We have arrested two people and are in search of two other who are absconding. They used firearms, people just heard the noise of the firearms. We are further investigating to check, where the get the firearms and whether it was an real or fake one," added Agawane.

The police said the accused Chand Badshah Shaikh 22 and Mohammed Sayed 23 both resident of Govandi. 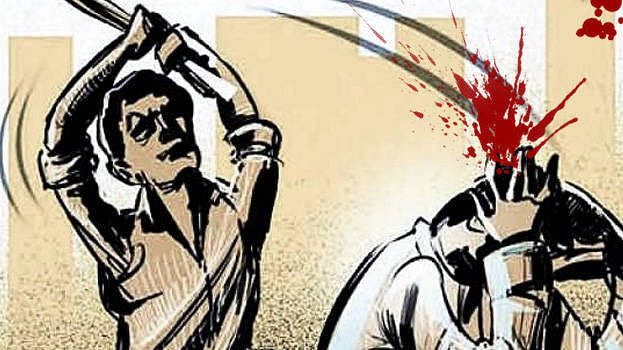