During the protest, stones and footwear were hurled and slogans were chanted against the leader, accusing him of ignoring their demands of merger with the state government.

Deputy Commissioner of Police (DCP) Yogesh Kumar Gupta, who washolding the additional charge of Zone 2, under which Sharad Pawar’s residence Silver Oak in south Mumbai falls, has been shunted out.

DCP (Detection) Neelotpal has been made DCP Zone 2. The decision has been taken by a committee headed by Joint Commissioner of Police (law and order) Vishwas Nangre Patil to probe the incidentof protest by MSRTC employees outside Pawar’s residence.

Meanwhile, the Metropolitan Magistrate court on Saturday sent MSRTC workers’ advocate Gunaratna Sadavarte to two days of police custody, while the other 109 protestors arrested on Friday have been sentto 14 days of judicial custody. Sadavarte was arrested for allegedly instigating the protestors.

Over 100 MSRTC workers had tried to barge into Silver Oak on Friday afternoon. During the protest, stones and footwear were hurled and slogans were chanted against the leader, accusing him of ignoring their demands of merger with the state government.

Demanding 14-day police custody of Sadavarte, special public prosecutor Pradeep Gharat appointed for the case stated that he had provoked the workers through his speech at Azad Maidan on Thursday following the High Court ruling and asked them to take out a morcha. The police have also produced transcripts of his speech and claimed that they were even planning to protest at Pawar’s Baramati residence.

Gharat also said that huge funds are required for such protests and some powers or persons could be involved and stated thatthe police want to investigate this.

While demanding the custody of all 110 people, the police said the arrested accused werenot evengiving their true names and they suspect that some of them werenotMSRTC workers. The police also said that some of them appeared to be drunk and their blood samples have been taken to ascertain that.

In court, Sadavadte, represented by Mahesh Vaswani, stated that both he and his wife are reputed persons and are fighting against injustice. Sadavarte has opposed the government in various matters, including that of Maratha reservation, while his wife is a complainant in the case against former minister Anil Drshmukh.

Sandeep Gaikwad, who represented the other accused, said that they are not criminals andrequestedthe court to review the incident as not everything has come before the court. 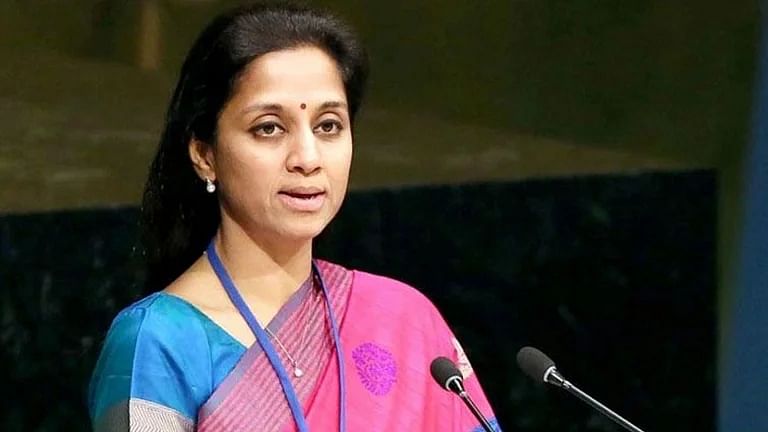