Under the non fare revenue scheme, the railway has allowed different contractors to display advertisements on LED screens installed inside the local trains.

The local commuters of Western Railway too witnessed the rally of Chief minister Eknath Shinde on Wednesday. According to sources, the political rally was aired live on the LED screens of few local trains of Western Railway on Wednesday. However, WR clarified that no such type of permission was given by the railway authorities and the authority has already sought a clearification from the licensed contractor.

Under the non fare revenue scheme, the railway has allowed different contractors to display advertisements on LED screens installed inside the local trains.

"It has come to light through some social media channels that a rally of certain political party was aired in some local trains" said an official of Western Railway. In fact, the contract agreement explicitly restricts display of any advertisement/content of political nature.

"An explanation on this matter has been called from the licensed contractor. Prima facie, it is informed that live political rally was displayed on LED panel inside local trains for 10-15 minutes. After bringing into notice the live was stopped" further added officials.

Read Also
Dussehra Rally 2022: 'You sold your father and sold his thoughts,' Eknath Shinde hits out at Uddhav... 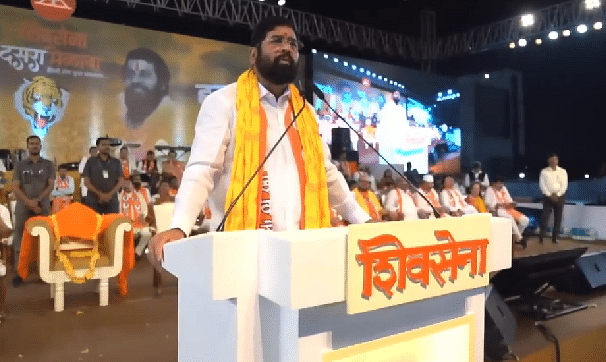