HomeMumbaiDussehra Rally 2022: 'You sold your father and sold his thoughts,' Eknath Shinde hits out at Uddhav Thackeray

Dussehra Rally 2022: 'You sold your father and sold his thoughts,' Eknath Shinde hits out at Uddhav Thackeray

Shiv Sena had to forgo Hindutva due to alliance with NCP and Congress.

Maharashtra Chief Minister and Shiv Sena Chief Leader Eknath Shinde at the maiden Dussehra rally on Wednesday at the BKC ground stepped up attacks against his former boss and Shiv Sena President Uddhav Thackeray alleging that he sold his father and sold his thoughts. Shinde countered Uddhav’s charge of being traitors and said that ‘’We did not do 'Gaddari', we did 'Gadar' (rebellion). ‘’

‘’Maharashtra voters elected you and BJP in Assembly elections, but you betrayed people by allying with Congress and NCP,’’ said Shinde in his swipe at Uddhav. ‘’You went against your father's Hindutva, should we now call you traitors?" asked Shinde.

He reiterated that Uddhav left Hindutva for the sake of power. ‘’Garv se kaho hum Hindu hain” Balasaheb had said. But we had to forgo Hindutva due to alliance with NCP and Congress,” he said. Shinde claimed that many were discontent over the MVA government formation. “You wanted to complete your term as CM so you kept watching the withering of the party with open eyes,’’ he charged.

Shinde hit back at Uddhav’s backstabbing dig. “The true legacy of Balasaheb is the legacy of ideology. Our ideology will not change. Betrayal has happened but it has happened in 2019. During campaigning, photos of Babasaheb Thackeray and Narendra Modi were put together. You betrayed the people of Maharashtra. What we have done is a revolution,’’ he noted.

Shinde also strongly refuted Uddhav’s claim that he was keen to take control of the Shiv Sena and the party chief’s post. ‘’I have no lust for power nor I had thought of it,’’ he said. 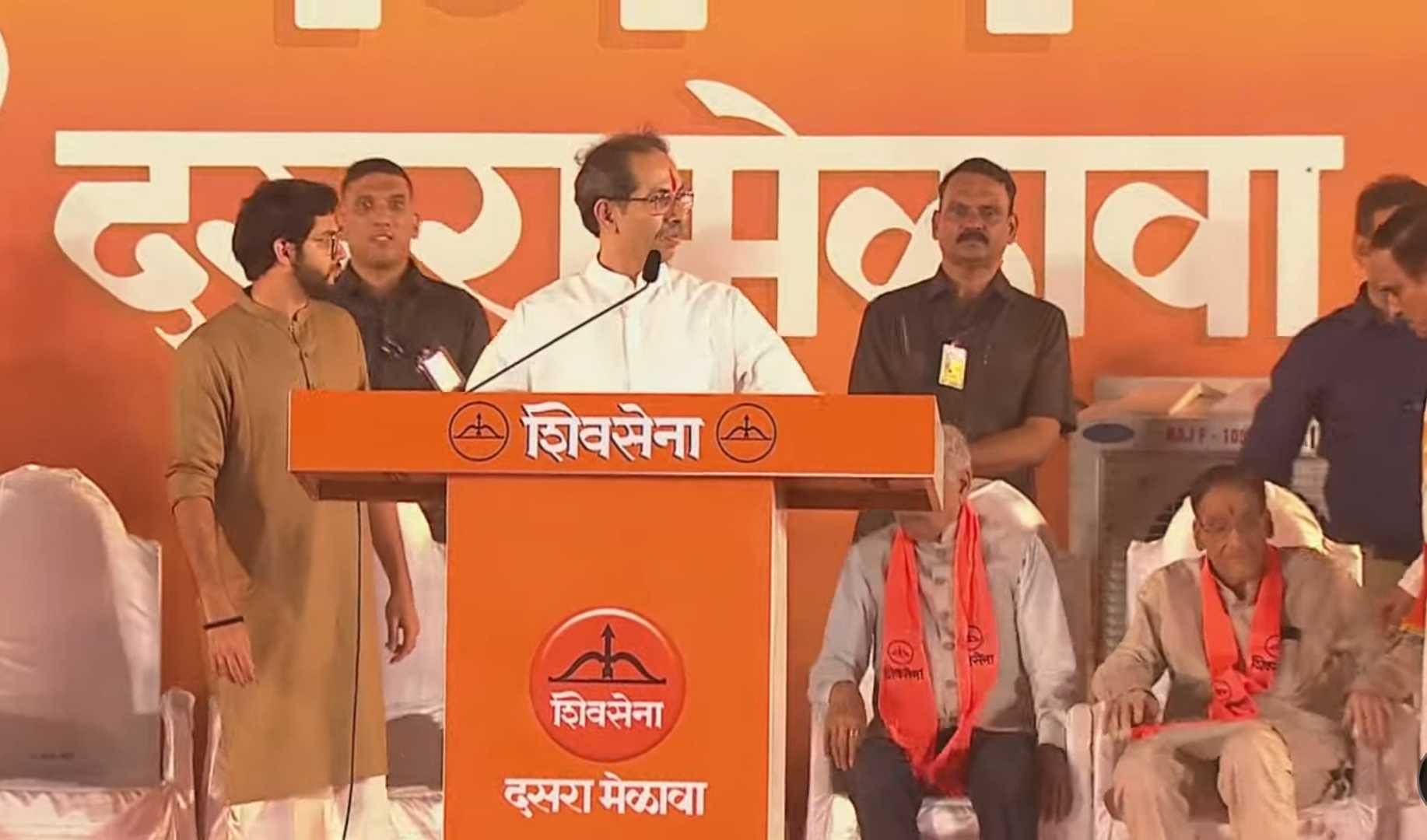 Shinde said RSS made a valuable contribution in building the country and accused Uddhav of giving in to the Congress and NCP’s demands. He asked why he didn’t say anything on Pakistan zindabad slogans being raised. “Some demanded a ban on RSS. This is laughable,” he said.

Shinde showered praise on Prime Minister Narendra Modi saying that ‘’You (Uddhav) make fun of a chaiwala who became the Prime Minister. You said the party is getting over. That is a party which doesn’t have a president. And here’s a president who doesn’t have a party.” He noted that Balasaheb’s dream of the abolition of Article 370, Ram Mandir, all of these were fulfilled by PM Modi. “Modi fulfilled Balasaheb's dream,” he added.

He strongly justified his truck with BJP and Modi and Amit Shah in particular and said it was better than aligning with those who had links with Dawood (referring to Shiv Sena’s alliance with NCP). Shinde also countered Uddhav’s jibe that he was CM on contract. ‘’I have taken a contract to give justice to the backward, to bring progress,’’ he noted adding that ‘’Shiv Sena is not your private limited company but was formed through efforts of common Sena workers." 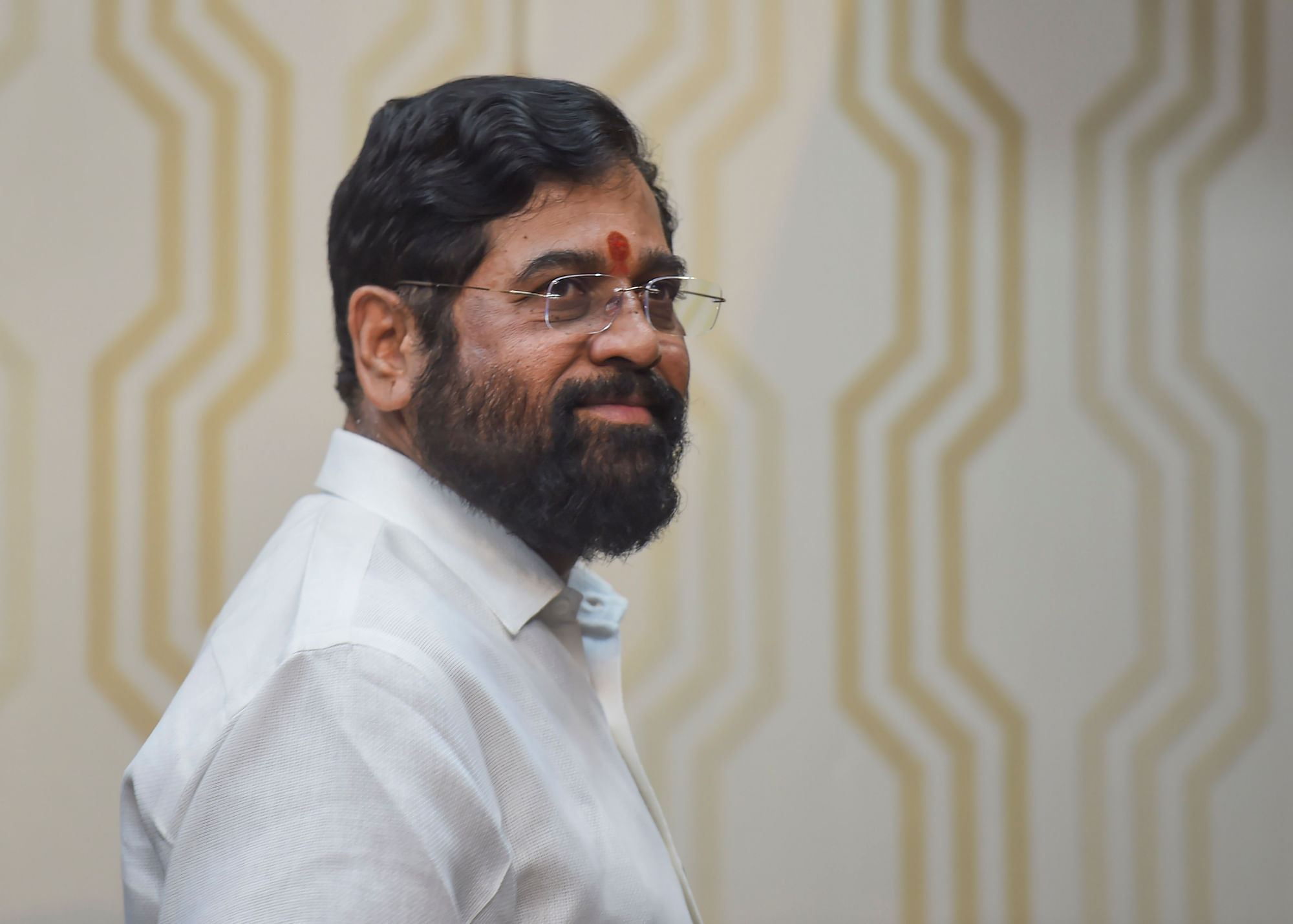