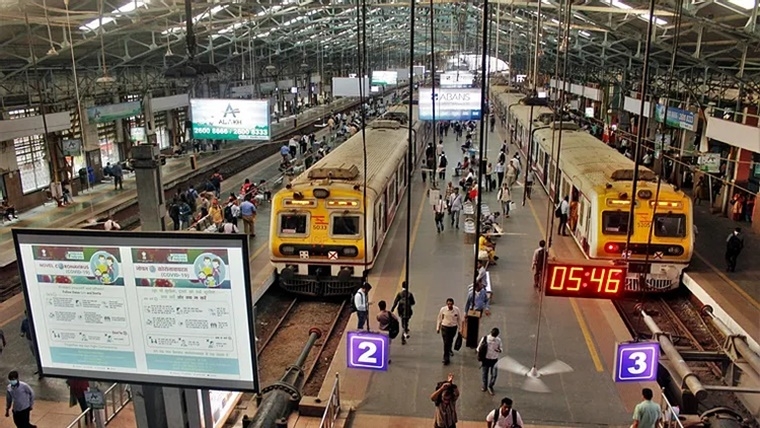 The Central Railway (CR) is doing its bit to overcome the fog issue in the city. For the past few days, there have been cases of suburban local trains running late due to the same issue which further disturbed the entire train schedule.

Now the CR authorities are addressing this issue by putting up metal poles that are painted with glowing yellow-black colours to assist motormen, drivers of trains and even station masters.

According to CR officials, they are inspecting the stretches on Kalyan-KasaraIgatpuri and Kalyan-Karjat-Lonavala, which are on a higher terrain surrounded by mountains and ghats often experience foggy weather during winters.

Sources said that they have identified around 16-18 locations on the mid-section and near railway stations on these two routes where these metal poles have been fitted 100-300 meters before the signal pole.

"This acts like a mechanism wherein the station master would immediately come to know the density of the fog. If these pols aren't visible then it means that it's foggy and then the locomotive drivers and motormen of local trains are warned about it," said the official.

The station master office is also provided with detonators and explosives, which is bursted a few meters before the signal pole. This is done as a warning to the locomotive drivers and motormen about the presence of a signal pole and poor visibility. There is a proper rule book as well for following safety protocols in case of foggy weather.

"On an average, 18-20 long-distance trains get delayed due to fog. These long-distance local trains, which runs late by 5-35 minutes, as their path gets compromised," explained another official from CR.

Usually, the problem starts from October and goes right up to February. The CR authorities are also providing refresher courses to these drivers and motormen for following necessary protocol.