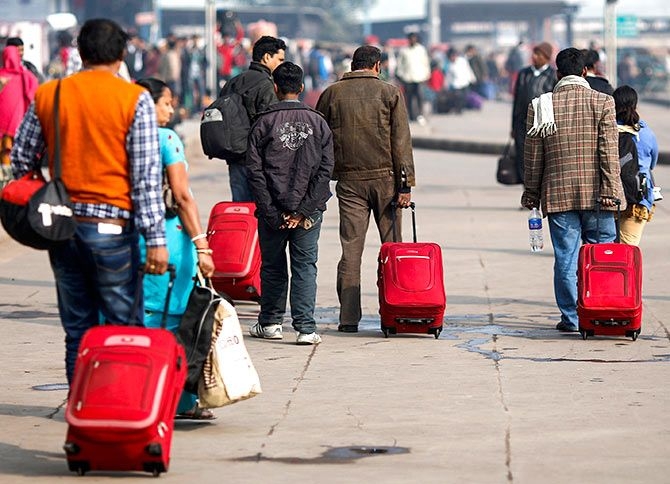 Long walks chasing the coolie at stations will soon be a thing of the past. The Central Railway (CR) is planning to bring in airport-like trolleys at the Chhatrapati Shivaji Maharaj Terminus (CSMT), Kurla Lokmanya Tilak Terminus (LTT), Dadar, Thane and Kalyan stations. This app-based system was to kick off months ago but tenders called during the pandemic didn’t attract any contractors. The CR is therefore calling tenders again.

The infrastructure for the facility would comprise a separate stand for trolleys for passengers to place their luggage and carry till their coaches. These could either be booked through an App or directly at the station, officials said.

Though it would mean direct competition to coolies or porters, it will also be more convenient for those who would rather push carts than find a coolie and bargain for rates.

The contractor will have the responsibility to create the mobile App, but will also be able to advertise it and levy charges for this service as per a non-fare revenue model for five years.

The aforementioned stand is being planned at the entrance of terminuses and is likely to be opened once booking is done on the App. The charges for these trolleys will depend on the number of luggage pieces and other factors which haven’t been decided yet.

The plan, as predicted, hasn’t gone down well with the railway unions. “If there is a trolley available then who will hail a coolie, which has been a vital trade in the Indian Railways for years now,” said a senior union leader, adding that the pandemic and the lockdown have greatly affected the coolies and their livelihood. The unions also claim that the use of trolleys at stations like Dadar, Kalyan and Thane would be difficult due to space crunch.