The accused has been identified as Vikas Pawar, 20

In a case of gold theft in broad daylight that took place in Borivali, the police finally were able to nab the culprit based on his suspicious activities observed at the nearby railway station CCTV footage after almost one month. The police also recovered 100 per cent of the stolen gold amounting to Rs 2,16,003 from the accused.

According to the police, on 12 September, the victim and his family who reside at Dattapada, Borivali East, had gone to visit their relatives around 1 pm and upon returning back home around 4.30 pm, they found that the front door was locked from inside and the back door was open with its lock broken. When they entered the house, they saw the house in a messed up condition with all the clothes thrown outside the cupboard. They immediately noticed that the gold jewellery from the cupboard locker was missing.

The family then filed a complaint at the Kasturba Marg police station and the police swung into action.

As the house was close to the railway station, the police started checking all the nearby CCTV camera footage, especially the ones at the railway station. The Kasturba police officials found that in one of the videos of the railway CCTVs, a man with suspicious behaviour was seen jumping from the back side of the house and onto the tracks. He was seen rushing and avoiding cameras. The police then followed the man through a series of total 73 CCTV cameras located at various locations and saw him last near the Malad subway.

The police then through their sources, got the image of the accused and found out his name and mobile number. Through the location of the mobile, they found his address at Kopargaon a town located in the Ahmednagar district.

The police team reached his location and arrested him on 9 October. The accused has been identified as Vikas Pawar, 20. "After the scrutiny of several camera footages, we arrested the accused and recovered 100% of the theft, which was 75.66 grams of gold amounting to Rs. 21,16,003," said senior police inspector, Anil Avhad, Kasturba Marg police.

Regarding the importance of CCTV cameras, the senior inspector added saying, "If the house where the theft took place, had a CCTV camera then that footage could have saved a lot of time and man hours, thus it is a request from us (the Mumbai Police), to kindly install such cameras outside your houses or business spaces. These footages help us to a large extent during any investigation and can give faster results." 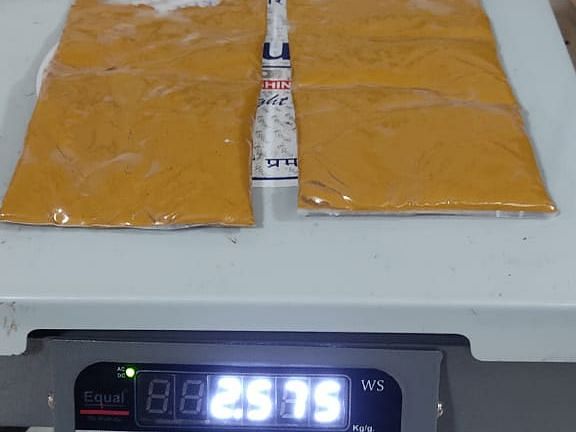