HomeMumbaiMumbai: BMC to hold meeting with idol makers over ban on PoP idols

Mumbai: BMC to hold meeting with idol makers over ban on PoP idols

The CPCB issued guidelines in May 2020, banning POP idols which are said to be the cause of pollution in water bodies.

As per the guidelines of the Central Pollution Control Board (CPCB) the BMC will be implementing a ban on the plaster of paris (POP) idols from next year. Accordingly, the BMC has convened a meeting to create awareness among the idol makers. However, the idol makers want the civic authorities to suggest ways of replacing harmful chemicals with eco-friendly materials, instead of just implementing a blanket ban.

The CPCB issued guidelines in May 2020, banning POP idols which are said to be the cause of pollution in water bodies. However, the sudden ban will affect the livelihood of idol makers, so on their request, it was postponed to one year. While this year the Ganeshotsav was celebrated after two years of Covid-19 restrictions, as a special case the BMC allowed to buy and sell the POP idols. However, before implementing the ban the civic authority has decided to discuss it with the idol makers and explain to them its importance.

Deputy municipal commissioner Ramakant Biradar said, “The idol makers start their work a few months early, so to implement the ban successfully next year we are working on it in advance. We have called a meeting next month to discuss the ban and will inform them about the guidelines. We are also collecting data from the 24 administrative wards in the city about the number of POP idols immersed this year.”

The BMC has sought suggestions from Maharashtra Pollution Control Board (MPCB) and National Environmental Engineering Research Institute (NEERI) on alternatives for POP, said sources in the BMC. But before getting any alternative the civic officials' hurry to implement the ban has upset the idol makers and sarvajanik Ganeshotsav mandals.

Read Also
Ganesh Chaturthi 2022: BMC agrees to request of mandals to consider permission given in 2019 as a... 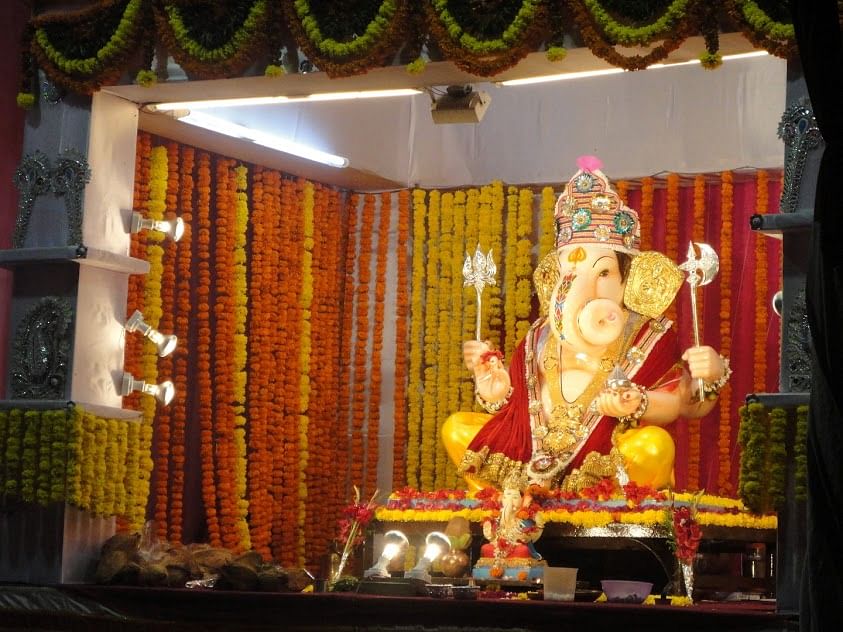 Naresh Dahibavkar, president of Brihanmumbai Sarvajanik Ganeshotsav Samanvay Samiti (BSGSS) said, “The ban cannot be implemented without giving any alternative. A committee was formed to find ways to replace toxic chemicals from POP with organic material. What happened further has not been informed yet.”

Prashant Desai, chairperson of Shri Ganesh Murtikar Kamgar Sanghatana said, “We are not against the ban, but 98 per cent of idols are made of POP. So the BMC should implement it step by step. Ganeshotsav is a major festival in the state. The BMC is trying to introduce the ban without any research. POP is not just used for idols, so will the BMC ban its use everywhere? Clay is not a viable option as it takes a lot of time for drying and needs space during idol making. Moreover, fiber or clay idols are costlier compared to the POP while paper idols are not sustainable. The civic body should do detailed research before implementing the ban. However, there are no figures available with civic authorities as to what percentage of idols were made of POP.

This year the city immersed 1,93,062 sarvajanik and household Ganesh idols in the natural water bodies and the artificial lakes. The POP does not easily dissolve in the water, it takes 7-8 hours for small Ganesh idols to dissolve in water while the big idols take a few days, said the idol makers.