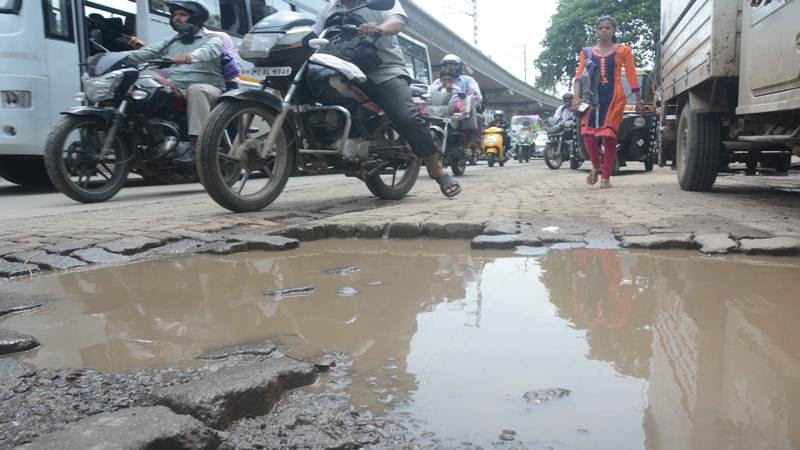 City roads will soon shed their paver blocks and asphalt surfaces to don cement concrete layers. Despite strong opposition from BJP corporators, the BMC standing committee has passed 40 proposals of road construction and repairs worth Rs 1,786 crore and work will begin as soon as the civic body wants.

The main contention of the BJP and Samajwadi Party corporators is quality control as well as inspection of roads from a third party auditor. The BJP corporators boycotted the meeting, with chairman Yashwant Jadhav asking additional commissioner Sanjiv Kumar to ensure a third-party audit.

Like every year, the 2021 monsoon has been riddled with pothole stories, causing fatal accidents and chaotic traffic jams. A reflection of public anger was seen in the Monday’s standing committee meeting. BJP group leader Prabhakar Shinde told the committee that “proposals which are 30-34 per cent less than the estimated cost have been accepted by the administration”.

Shinde said, “So, the question of the quality arises. Citizens of Mumbai need good quality and durable roads, and we should provide it to them.” He said details such as the length and width of the roads, and funds spent per sq ft of construction have not been mentioned. Further, Samajwadi Party corporator Raees Shaikh told the committee that the administration has been working on the tender process since April 2021.

Questioning the delay, he said, “No one will ask the administration but we corporators have to give answers to the public.” He further alleged that some tainted contractors who were debarred five year ago have also participated in the tender.

However, Ravi Raja, group leader of Congress in the BMC, backed the proposals. He said, “Everyone needs good roads. If we don’t pass these proposals, what will we tell Mumbaikars?” While attacking the BJP, he said, “The BJP should discuss their objections but there is no point in holding back these proposals till the next meeting.”

The road repair works have been tendered twice. The first tenders were floated in April 2021 but later scrapped in September, considering the quotations were 35-40 per cent less than expected.

On September 13, additional municipal commissioner P Velrasu, in his letter, had sought justification from the deputy municipal commissioner (infrastructure) on how the quality will be maintained amid the such quotes. The BMC had then re-floated all the bids, citing quality concerns, and finally approved the tender on Monday for 18 per cent less