Mumbai: The Anti Corruption Bureau (ACB) officials have arrested two Brihanmumbai Municipal Corporation (BMC) engineers for allegedly demanding a bribe of Rs 2.50 lakh from a plumber for granting him permission for water connection to a building which did not have Occupancy Certificate (OC). The accused were held while accepting the first installment of Rs 1 lakh.

The accused government servants have been identified as Sachin Khodade (39) and Vishwambhar Shinde (28), both posted at the E-ward of BMC at Byculla.

According to the ACB, the complainant works as a plumber with a developer. The developer was redeveloping a building that had not received its OC. On humanitarian grounds, the tenants of the said building had applied for water connection at the E-ward office. The complainant was following up on the said application with the BMC office.

"In order to get the P-Form with regards to the water connection issue, the complainant had met Shinde on July 28, who had demanded a bribe of Rs 2 lakh. The complainant who did not wish to pay the bribe, approached the ACB on July 30 and gave a written complaint in the matter," said an ACB official.

He added, "A verification into the complainant's allegation done by the ACB on July 31 revealed that Shinde had indeed asked for a bribe of Rs 2 lakh and had asked the complainant to bring 50 per cent (Rs 1 lakh) of the demanded amount on August 02. A trap was laid on August 02. Shinde met Khodade and then met the complainant and informed him that he would have to pay Rs 2.50 lakh in total for him and Khodade in order to get the work done. The accused persons were arrested while accepting a bribe of Rs 1 lakh as first installment." 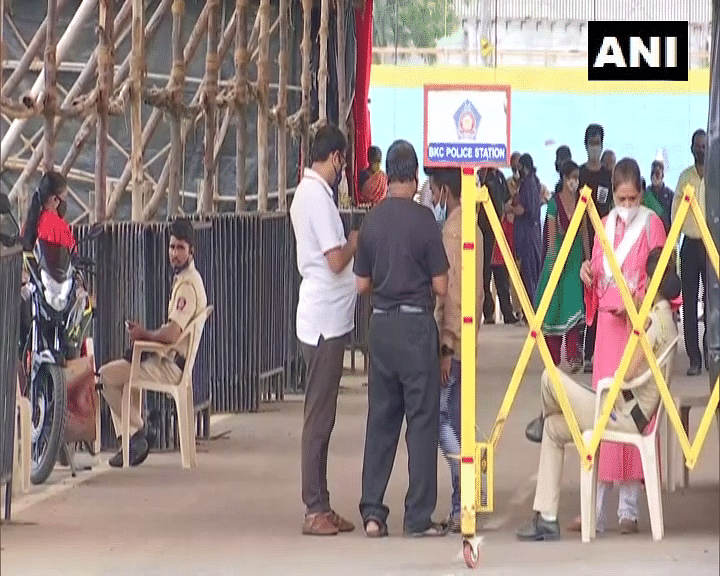