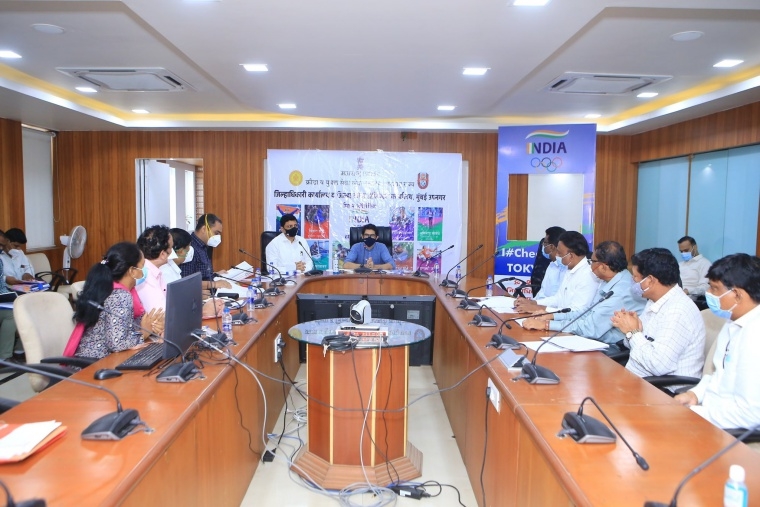 Maharashtra Minister of Tourism and Environment, Aaditya Thackeray on Monday chaired a meeting with collector of Mumbai and municipal corporation officials that have landslide prone or vulnerable informal housing in their wards. The cabinet minister held meeting in the view of the recent landsliding incidents that took place in Chembur, Bhandup, Vikhroli ares of Mumbai.

Aaditya Thackeray during the meeting reviewed the relief and repair operations for the three sites. To avoid any such incidents, he directed the BMC officials to expedite all pending backlog of landslide protection walls to keep no request pending by 2022-2023.

He also said the officials to work on auditing the vulnerability of the region and preparing alternate plans for the same.

As monsoon hit the maximum city in its full zest two wall collapse incidents were reported in Chembur and Vikhroli in which at least 22 persons were killed.

Around another 7-8 persons, injured in both incidents, had been rushed to the Rajawadi Hospital in Ghatkopar and were undergoing treatment.

Soon after the incident, Mr Thackeray had visited the three locations where the landslides had taken place and assured that all necessary financial and medical assistance is being provided by the Maharashtra gvernment and the BMC.

"I visited the 3 locations of landslides where the sheer force of the rainwater and mud broke through retaining walls into homes. Relief work is going on and all necessary financial and medical assistance is being provided by the Govt of Maharashtra and BMC" he wrote on Twitter.

Chaired a meeting with Collector, Mumbai Suburban District and Assistant Commissioners of @mybmc that have landslide prone/ vulnerable informal housing in their wards.
1) reviewed the relief and repair operations for the 3 recent landslides in Chembur, Bhandup, Vikhroli pic.twitter.com/6ngc7tYToH

Meanwhile, the death toll in rain-related incidents in Maharashtra rose to 164 on Monday after the recovery of 11 more bodies in Raigad and two each in Wardha and Akola, while 100 people were still missing, the state government said. So far, 2,29,074 persons have been evacuated from the affected areas, the government said in a statement.

It said till now, 71 people have died in Raigad district, 41 in Satara, 21 in Ratnagiri, 12 in Thane, seven in Kolhapur, four in Mumbai and two each in Sindhudurg, Pune, Wardha and Akola. Besides, 56 people have been injured in rain-related incidents, while 100 people are still missing, it said.

On Sunday, Chief Minister Uddhav Thackeray visited Chiplun, the site of severe flooding in Ratnagiri district in the Konkan region, and interacted with residents, businessmen and shopkeepers. He promised them all help from the state government to restore normalcy in the area.

Thackeray had said they will require "central assistance for long-term mitigation measures" and a comprehensive data of the extent of damages will be prepared.

Heavy rains last week caused floods and landslides in some areas of Maharashtra, including the deadliest landslide at Taliye village in the Raigad district.