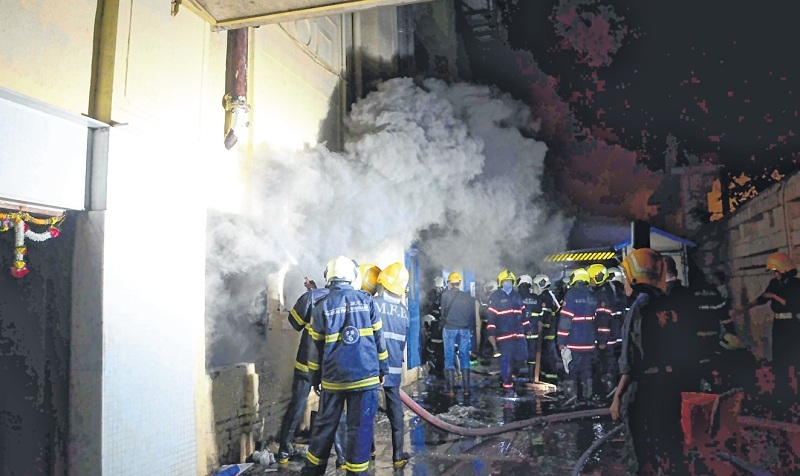 Nagpur: A massive fire, which broke out in a hospital that is being built in Nagpur on Wednesday, has been brought under control, fire officials said.  Ten fire tenders rushed to the spot to douse the flames at the Kingsway Hospital near KP ground. “Fire has been controlled now, the search operation is underway,” said Sunil Raut, the fire officer. Out of seven people injured in the incident, two are critical and have been undergoing treatment at a hospital.

The blaze occurred in the third floor of the ten-storey building at around 2 PM when interior works were underway, said Nagpur Municipal Corporation fire officer Rajendra Uchke. It didn’t spread to upper floors. Uchke said the building interior work was going on when the fire started from the third floor auditorium where chairs were being fixed. He said sparks from welding might have triggered the blaze. According to eye-witnesses, fire tenders had to enter the premises through the gate of the neighbouring LIC building, as a truck and some construction material blocked their access to the under-construction building.